KPITB-trained students earn Rs1.9bn through online businesses in one year 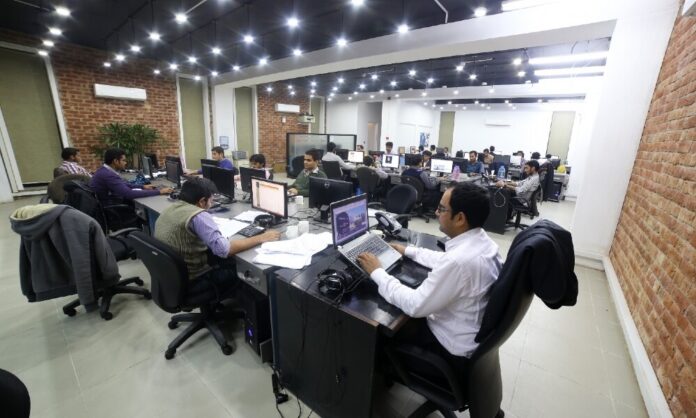 PESHAWAR: Youngsters trained by the Khyber Pakhtunkhwa Information Technology Board (KPITB) have earned Rs1.9 billion through online businesses during the past year, lifting hopes of the revenue potential of the field.

According to KPITB officials, a total of 10,700 youngsters in the province have been trained in online businesses. They added that the board has surveyed the trained students to know about their revenue and further enhance the training programmes.

KPITB Media Manager Danish Babar told Pakistan Today that at present the board has provided training to more than 3,000 female students through the Women Empowerment through Digital Skills Programme. He said that a Web Design and Advanced Digital Skills Training Programme has also started, and KPITB is also providing paid internships to the IT students of the province.

Babar said that KPITB runs many training and internship programmes, including Durshal, KP Youth Empowerment Programme, digital internship programmes and international internships, while 70 start-ups have incubated at Durshal so far. Each start-up consists of an average of 4-5 incubates, and these have created more than 258 jobs while generating about Rs68 million in revenue, he added.

Under the KP Youth Employment Programme, a total of 10,700 youth from the province were trained in basic to advance digital skills (1200 in advance digital skills). A total of 31 per cent of respondents have started generating income from the skills they learned. KPITB officials said that under the digital internship programme, 1962 youngsters have been provided with internship opportunities in various companies hosted at IT Parks in Peshawar and Abbottabad. Stipends of Rs14,000 are provided to the internees each month, they added. The survey found that 64 per cent have reported having landed a regular job after completing their internships, officials added.

KPITB also runs an international internship programme, under which 23 people have been placed at ‘ChinaAccelerator’ in China for 6 months. The survey revealed that 65 per cent of them have reported having secured a good job after these internships.

According to KPITB sources, over 10,000 trained students were requested to provide the details of their one-year earnings, but only 2,500 agreed to provide income details for the survey. Most of the students have not declared their revenue due to fear of government taxes. Due to this issue, several online businessmen also show far less income than they have earned.

Officials believe that the actual revenue would be much greater than the numbers presented by the KPITB trained students. They still consider the figure of Rs1.9 billion encouraging and expect it can be improved in the future.