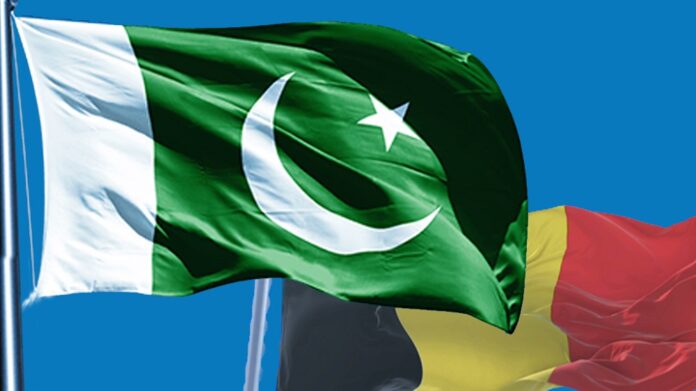 ISLAMABAD: Ambassador of Belgium to Pakistan Philippe Bronchain has said that his country was interested in making investments in Pakistan, as it was a potential country for business and investment activities.

The Belgian ambassador said during while addressing the business community at the Islamabad Chamber of Commerce & Industry (ICCI) on Tuesday.

Philippe Bronchain discussed various prospects to enhance bilateral trade, investment and joint ventures between Belgium and Pakistan. He said that he would play a constructive role in building a strong image of Pakistan in his country.

In his address, Embassy of Belgium Trade Commissioner Abid Husain said that Pakistan was mostly exporting textiles products and some raw materials to Belgium. However, he added, Pakistan needed to invest in technology in order to produce value-added products that would increase its footprint in foreign markets.

“This will also help Pakistan to fully capitalise on the GSP-Plus concession offered by the EU.”

He said that Pakistani diaspora in Belgium could play a leading role in upscaling bilateral trade ties between the two countries.

Speaking at the occasion, ICCI President Muhammad Ahmed Waheed said that Belgium was one of Pakistan’s important trading partners within the European Union, however, the bilateral trade volume between the two countries was still below $1 billion despite the fact that both countries have the potential to promote trade in many areas.

He briefed the Belgium ambassador about the potential opportunities for JVs and investment in Pakistan.

He said that Turkey, Germany, UK and many other countries were taking a keen interest in the China Pakistan Economic Corridor and stressed that Belgium’s investors should bring technology to set up JVs in Pakistan.

Waheed said that Pakistan and Belgium were doing trade in limited items, which was the main reason for low trade volume and stressed that both countries should focus on diversification of trade to achieve better results. He said that geographical positions of Pakistan and Belgium offered the entrepreneurs of both countries unique opportunities for getting enhanced market access in their respective regions, which could be exploited by developing strong business linkages between private sectors of both countries.

He said the Embassy of Belgium should share a list of its top 10 imports so that Pakistani exporters could make efforts to meet its imports’ needs.