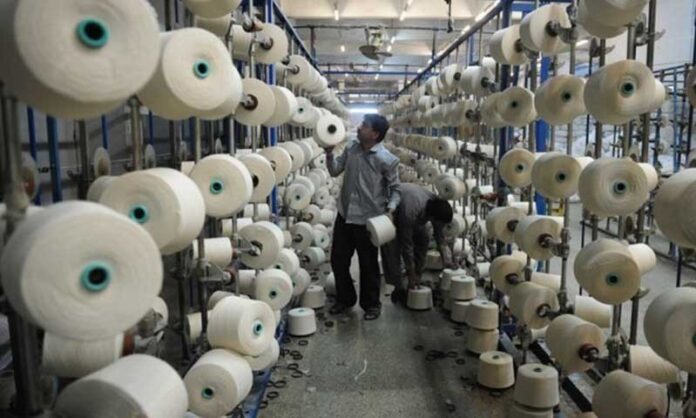 The country’s textile sector has dramatically increased its scale of production, restoring it to pre-corona levels of maximum capacity as the containment of coronavirus has significantly improved in the country, leading to a higher international demand for its products.

The textile industry boasts a significant presence in Pakistan, being the largest manufacturing industry and the largest export earning sector, it contributes 8.5 per cent to the gross domestic product (GDP) of the economy and employs 45 per cent of the labour force in the country.

The criticality of the industry meant that the Covid-19 impact upon it had to be effectively countered to save millions of jobs and economic value on an emergency basis. The recovery in the textile production has been made possible through the import of raw materials such as cotton and man-made yarn as the supply of domestically-produced cotton was severely hampered by the torrential rainfall and pest attacks.

All Pakistan Textile Mills Association (APTMA) former Vice-Chairman Asif Inam while speaking to a local news outlet said, “Textile industry has revived to pre-corona levels, as precautionary measures to safeguard people from the virus and industry-specific economic measures by the government have helped at length to resume production to full capacity.”

He said that the textile industry was operating at its full capacity, apart from the textile-producing units that closed down due to the pandemic. They are few in number and are trying to return to work gradually. However, the number of the affected units remained unknown, he said.

Pakistan’s textile industry is operating marginally well as compared to its regional competitors. International buyers are placing their orders in Pakistan rather than China, India, and Bangladesh due to factors like US-China trade war and the worsening impact of Covid-19 in India.

The future also looks bright as once the international market in the west primarily dominated by US and European countries recovers from the pandemic, the export orders are expected to surge. The countries are currently fighting against the second wave of the pandemic.

The industry’s encouraging performance was also bolstered by the government’s supportive policies such as rationalization of energy prices to a regionally competitive level, consistent supply of raw materials, and subsidization of finance injected to expand production and establish new production units.

“All these were the long pending demands of the industry to become competitive at the regional and international level. We had put such demands in front of several previous governments time and again, but this government has kept its words and delivered to the industry,” Inam added.

“I hope the government will continue to support the industry…to achieve the next milestone of going on expansion,” he said. “The government should extend the deadline for setting up new textile units on subsidised interest rates for one year, as it expires in March 2021.”

“There are many industrialists considering expansion in production with an increase in export orders,” Inam concluded.