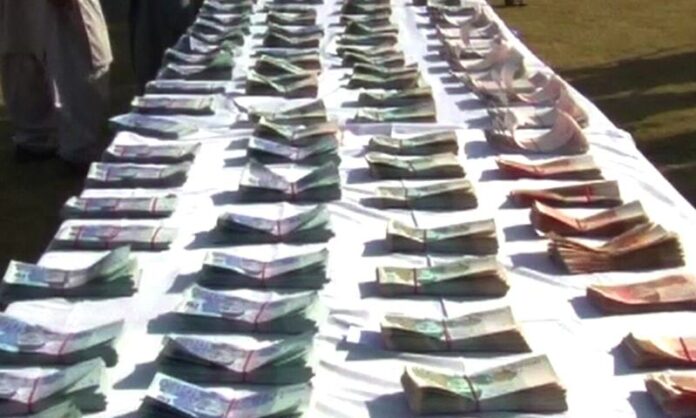 KARACHI: Federal Investigation Agency (FIA) on Friday carried out a raid in an apartment on Karachi’s Shaheed-e-Millat Road and recovered Rs150 million worth of assets including 13kg gold and various currencies, FIA top official confirmed.

FIA Karachi Wing Director Munir Ahmed Shaikh released a statement saying that the raid was carried out following an indication of a suspect who was arrested two days ago due to involvement in Hawala-Hundi business. FIA had already recovered Rs1 million and $18,000 from the detainee.

Shaikh added that FIA was also able to recover 500g silver and other currencies, including US dollars during the raid.

He also said that the laptops and mobile recovered from the raid also exposed an extensive network of Hawala-Hundi transactions.