But is a bank buying a brokerage house even a successful model? Past experience of other banks suggests mixed results at best. 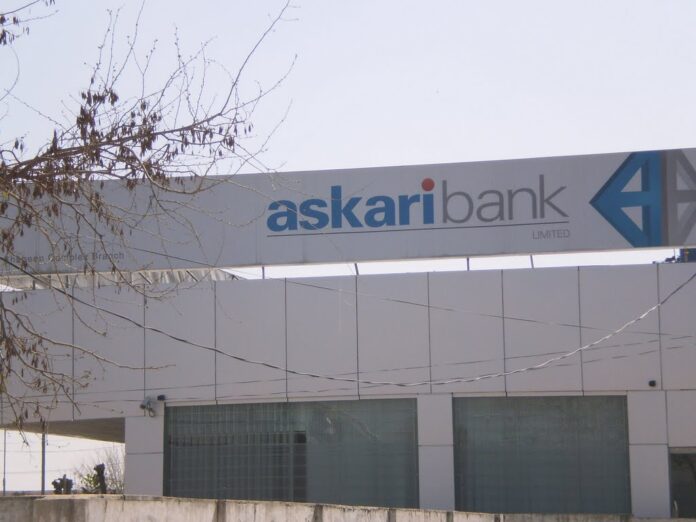 So, it finally happened: Askari Bank shared with the Pakistan Stock Exchange (PSX) on September 18 that it had finally acquired 26% shareholding of Askari Securities. In effect, the bank now owns 100% of its previously only partially owned subsidiary.

It had been planned for quite some time. First, let us recall:

Askari Bank has existed as a publicly listed company since October 9, 1991. It is owned by the military-owned Fauji Foundation, which is essentially a conglomerate set up for retired and former Pakistani army personnel. The Fauji Consortium, as it were, includes Fauji Foundation, Fauji Fertilizer and Fauji Fertilizer Bin Qasim Limited. Collectively, they own 71.9% of the bank as of December 2019. The bank is still closely tied to the military, despite the professional (non-military) management. For instance, it handles the salaries of officers of the Pakistan Army, and the pensions of the officers of all branches of the Pakistan’s Armed Forces.

As of December 2019, Askari Bank has 535 branches across Pakistan, which includes 94 Islamic banking branches. It also has a wholesale bank branch in Bahrain.

Meanwhile, Askari Securities Ltd was incorporated a few years later, in 1999. The bank used to hold 74% of ordinary shares in Askari Securities, with the remaining 26% owned by Army Welfare Trust (That is also run by the military, and confusingly has several companies with the Askari name, but the Army Welfare Trust is a separate foundation from the Fauji Foundation.)  Its main activity is equity securities brokerage, investment advisory, and a small investment banking business.

At the bank’s 28th Annual General Meeting in April 2020, it was decided that 26% of the brokerage house, or 5,980,000 ordinary shares of Askari Securities would be bought at the price of Rs8.5 per share.

This makes Askari Bank one of several banks in recent times to buy their own brokerage subsidiary. For instance, the brokerage house JS Global Capital, which was started in 2000, became JS Bank’s subsidiary in 2012. Similarly, KASB Securities used to be a subsidiary of KASB Bank.

But what purpose does it serve for a bank to make a brokerage its subsidiary? Is there some logic to this strategy? Askari Securities declined to comment, but Profit spoke to two analysts who focus on the banking sector for their take.

According to Hamza Kamal, senior investment analyst at AKD Securities, an investment bank, the timing of the acquisition could be a move by one fauji group to detangle itself from another fauji group. “The purchase of remaining shares of Askari Securities Ltd by Askari Bank could be part of the acquisition of the whole Askari Group by the Fauji Foundation from Army Welfare Trust (AWT). To recall, Fauji Foundation acquired majority stake in Askari Bank back in 2013.”

He also added: “With respect to the strategy for a bank to own a brokerage house, every bank in Pakistan aims to leverage its existing customer base to generate fee income, which requires the offering of a diverse range of services. Brokerage services and mutual funds is a part of such offerings with relatively low cost of customer acquisition and availability of synergies.”

He did clarify that banks do not operate brokerage businesses to generate profits. Instead, they can generate enough profitability on their own. “In my view we need to see, for assessing if the brokerage model is successful, how effective this product is in retaining customers as well as how many customers actually opt for a brokerage account. So in short, brokerage should not be viewed as a single entity but as a product in the overall mix.”

It is a view echoed by Faizan Kamran, equity research analyst at Arif Habib Ltd. “[The] contribution [of a brokerage house] to the overall business [of a bank] is pretty insignificant, to be honest. For instance, JS Bank’s investment in JS Global contributes under 1% to its total investments.”

Still Kamran sees a sliver of an opportunity here for Askari Bank. “It’s a good time since volumes in the market are so impressive and in the low interest rate regime equities are the preferred asset class, so brokerages are expected to do well. So that could be a reason since it would support their consolidated earnings.”

The move to acquire Askari Securities entirely is somewhat of an about-face for Askari Bank. As recently as 2018, the bank had listed the subsidiary as ‘available for sale’ on its balance sheet, implying that there was some discussion of possibly disposing of it.