Will the HBL Asset Management actually grow, along with Pakistan’s nascent capital markets? 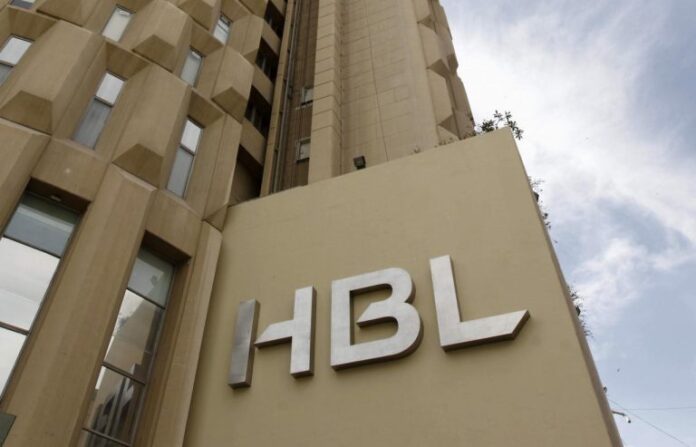 Pakistan’s largest commercial bank has decided to take a bet on the country’s nascent capital markets. In a notice issued to the stock exchange on September 25, Habib Bank Ltd. (HBL) said it had received approval from the State Bank of Pakistan for undertaking an equity injection of Rs500 million in its wholly owned subsidiary, HBL Asset Management.

HBL, which operates more than 1,600 branches across Pakistan, has six subsidiaries, of which three are wholly-owned. HBL Asset Management is one of them. The company was incorporated in February 2006 as a public limited company, and was licensed for Investment Advisory and Asset Management Services by the Securities and Exchange Commission of Pakistan (SECP) in April 2006.

The company launched its first fund in 2007. In 2016, the company acquired PICIC Asset Management Company Ltd, which has subsequently merged into the fold. Today, HBL Asset Management manages 19 funds, of which 17 are mutual funds, and two are pension funds. As of June 2018, the company managed assets worth Rs60.1 billion, which places it fifth in terms of assets under management, behind NBP, which manages Rs99.2 billion; Al-Meezan, at Rs93.7 billion; NIT, at Rs87.1 billion; and UBL, at Rs70.1 billion.

To recap, HBL Asset Management is operating in a pretty bleak environment. At this point it is a well known trope that Pakistan’s capital markets are basically non-existent. In 1962, the National Investment Trust Ltd., which launched the first open-end mutual fund. And then it stayed like that for the next 33 years, until 1995 when the private sector was finally allowed to launch open-ended mutual funds. JS Investments was the first asset management company to launch an open-end fund, in 1997. Licenses were given to Arif Habib, Al-Meezan, and UBL in 2000.

Most regulations, licenses, even the creation of the SECP, is a product of the late 1990s or early 2000s. That has cost the country precious time. Today, there are only 19 asset management companies operating in Pakistan, which collectively manage 290 funds worth Rs540 billion.

Participation of the average Pakistani is abysmal: there are just under 244,000 people in Pakistan who have a capital markets account of any kind, according to data from the Central Depository Company (CDC), which amounts to just about 0.11% of the total population. This compares to 0.81% even in comparable economies like Bangladesh, while in India the figure stands at 4.5%.

But that is alright. Asset management companies are not vehicles for high profits, at least for banks in Pakistan. So, why is HBL deciding to invest into its tiny subsidiary (that too, more money then HBL Asset Management has ever made)?

HBL’s own response was short and perfunctory. In response to an e-mail query sent by Profit, HBL said: “HBL Asset Management Company is a wholly owned subsidiary of HBL. It is a leading fund manager. The equity injection will allow HBL Asset Management Co. to further strengthen its operations, including a focus on digitalisation, thereby serving its customers and clients even better.”

This fits into HBL’s current narrative of ‘IT company with a banking license’. However, digitalisation, while extremely necessary, typically does not cost around Rs500 million.

So Profit asked some analysts. According to Hamza Kamal, senior investment analyst at AKD Securities, an investment bank, HBL’s management in recent times has been trying to optimize group synergies.

“The recent investment could be part of such a strategy where the bank’s own equity book has shrunk by around 50% in the past two years, while utilising the asset management company to take fresh exposure in equities,” he explained.

According to Faizan Kamran, equity research analyst at Arif Habib Ltd., “The bank is possibly looking to grow its asset management wing as Pakistan’s capital markets are continuously growing.”

Kamran pointed to two events outside of HBL’s domain. On September 28, the Asian Development Bank (ADB) approved a $300 million loan to Pakistan. In making its decision, ADB said, “Capital markets act as a major catalyst in transforming the economy. The loan will help strengthen Pakistan’s finance sector by supporting measures to develop competitive capital markets and encourage private sector investment.”

Second, earlier in September, the federal government launched the Roshan Digital accounts, designed primarily for expatriates. Non-resident Pakistanis can now remotely open an account in a bank completely online, without having to visit a bank branch, embassy, or consulate. They can choose to either have a foreign currency or rupee denominated account, or both, and funds in these accounts can be fully repatriable, without the need for any regulatory approval.

SBP Governor Dr Reza Baqir had earlier told Blomberg that the accounts would be available to the nine million non-resident Pakistanis, allowing them to invest money in local stock markets, buy government bonds and securities, and avail basic banking services.

And this is why Kamran says, “There is a concerted focus on developing the country’s capital markets and the bank possibly felt it is an opportune time to inject equity into its asset management company.”