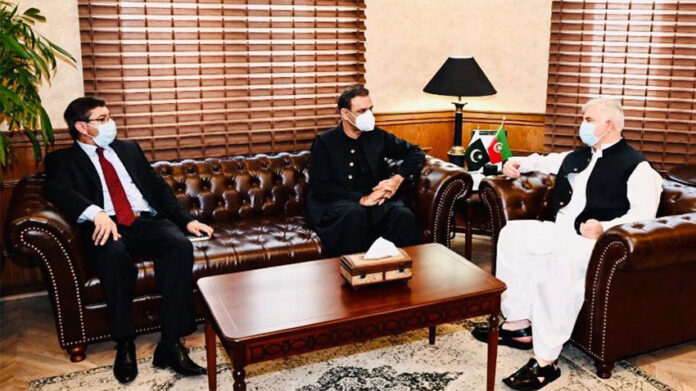 They also discussed future projects that would be presented in the upcoming meeting of Pak-China Joint Coordination Committee (JCC) of CPEC for inclusion in the mega project.

Later, Asim Bajwa, who is also Special Assistant to Prime Minister on Information and Broadcasting, in his twitter message termed the meeting with the CM and his team “very productive”, saying the way the KP team was working with keenness was highly commendable.