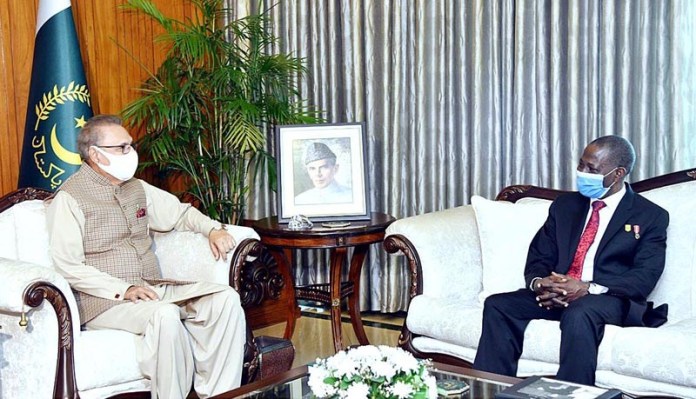 ISLAMABAD: President Dr Arif Alvi on Friday stressed the need for increased cooperation between Pakistan and Nigeria in the areas of trade, economy and defence.

In a meeting with outgoing Nigerian High Commissioner Maj Gen (r) Ashimiyu A Olaniyi who made a farewell call on him at the Aiwan-e-Sadr, the president said Pakistan attaches great importance to its ties with Nigeria.

He said that Pakistan desires to further strengthen and diversify the existing bilateral relations to the mutual benefit of the two countries. The president said both the countries needed to promote high level contacts and visits, which would further cement bilateral relations.

Highlighting the atrocities of India security forces on the Muslims of Indian Illegally Occupied Jammu and Kashmir (IIOJK) and urged the international community to play its role for peaceful resolution of Jammu and Kashmir dispute and protection of the Muslim minority in India.

The meeting expressed satisfaction over the current level of cooperation and emphasized the need to further strengthen defence, trade and political relations.

The president appreciated the efforts made by the outgoing high commissioner for enhancing bilateral relations between Pakistan and Nigeria.