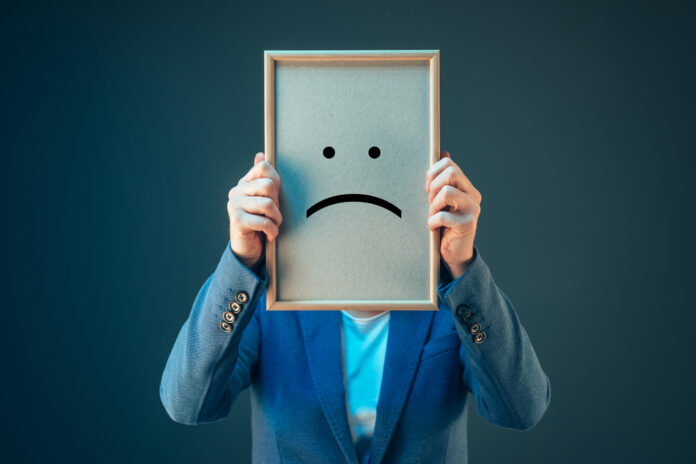 There is little surprise in the fact that Pakistani consumers are not particularly confident in the current economic and business climate of the country. There has been a global pandemic that has caused economies and businesses to come to a grinding halt. Strategies have had to be changed, unemployment is at an all time high, and there have been massive supply chain disruptions and liquidity concerns.

A lack of confidence was to be expected. What is actually surprising is that despite their shaken trust in the current state of the economy, Pakistanis are generally optimistic about the future. Particularly, the people are hoping that the next six months will prove to be a  better period economically.

A recent Consumer Confidence Index released by Dun & Bradstreet (D&B) and Gallup Pakistan last month showed the optimistic trend. This was the inaugural report that aimed to highlight changes in consumer sentiment across Pakistan currently compared to the pre-COVID situation. The index ranges from 0 to 200 points, where anything less than 100 means decreasing optimism, or in other words, pessimism, whereas anything greater indicates increasing levels of optimism.

D&B and Gallup Pakistan decided to release two issues of the survey together. This is primarily owing to Covid-19 and the impact it had brought about. The first survey was done during February and early March 2020. This was before the pandemic had truly strengthened its footing in the global economy, let alone Pakistan’s economy, which reacted late.

The report claims that COVID-19 has completely changed consumer attitudes, perceptions, and purchasing behavior not only in Pakistan but across the world. Despite successful completion of the survey, D&B and Gallup did not publish the results of the first Survey as Consumer Confidence had changed considerably in a matter of days due to the COVID-19 pandemic. But how confident does the report say Pakistanis are right now, and why are they more optimistic? Profit examines.

What is a CCI, and is it representative?

Governments around the world and third party institutions often conduct such surveys. The pioneer in Pakistan is the Consumer Confidence Index (CCI) compiled by the Institute of Business Administration, Karachi (IBA). The State Bank of Pakistan (SBP) every two months since January 2012.

This index is based on a stratified random telephone survey of an upwards of 1600 households across Pakistan. A similar project is the Business Confidence Index (BCI). While the IBA Center for Business and Economic Research Website does not have data beyond 2019, the CCI data is available on trading economics.

With this current CCI conducted by D&B and Gallup, the sample size of the first survey was 2041, and 1500 individuals were interviewed in the second. Speaking to Profit, Managing Director of D&B Pakistan, Noman Lakhani, says that  the sample size is ample. He is confident that the reduction in the sample size and questions will not have an impact on the statistical integrity of the survey.

“The CCI is a trending survey, which means it is repeated in multiple waves. Each wave has to be completed in a specific time period, for it to accurately reflect the views of the respondents,” he explains. “We decided to reduce the sample size to be able to execute the survey in the required time frame. An increase in sample size beyond a point does not add greatly to the statistical validity of the results.”

“Both are well below the industry standard of 5% error margin, thus both the surveys are statistically significant and the results are comparable,” Lakhani adds.

Moreover, a 26% reduction in the sample size between the two surveys and a reduction in questions and parameters was a result of COVID. “This is due to COVID, whereby the original survey was done face to face and the second one was done via telephone,” explains Lakhani. “A longer survey could be managed face to face but once being done via phone the survey needed to be reduced to keep the interest of the respondent and still be able to cover the core essence of the survey.”

What is important to note here is that the overall CCI varies greatly between the four provinces, with the greatest surge in confidence being witnessed in Sindh and the biggest dip seen in KP. While Balochistan witnessed an uptick, Punjab laid flat.

Sindh houses 23 percent of Pakistan’s population. According to COVID-19 stats issued by the government, 44% of COVID cases were from Sindh. Because Karachi is in Sindh and COVID-19 cases peaked in Sindh back in July, and the economy started opening up in August, Sindh’s CCI shows evidence of optimism.

KPK, on the other hand, showed the strongest confidence in the February survey, but dived in August. This is because of the high death rates in KPK, which were the second-highest in Pakistan. As a result, the participants were uncertain about 4 of the parameters of the survey.

In general comparison, the survey finds that the overall CCI score for women is higher than that of men. While men are extremely pessimistic about the current situation, women are optimistic about the future.The survey divides the participant by age group, under 30, between 30 and 49, and above 50. Out of the three groups, the below 30 group remains the least pessimistic and has optimistic expectations for the future.

The four parameters of the survey are household financial situation, country’s economic condition, unemployment, and household savings. Before we go into the details, the straight takeaway is that the current sentiments remain bleak for all four parameters while the future seems to be perceived better.

The increase in prices of daily essentials remains a concern for respondents which can be seen by the fact that this very parameter has the lowest net indicator score against all other parameters used in the survey.

Even before the pandemic fully hit the economy, 75% of respondents felt that prices had increased and they expected a further rise.

52 percent of consumers feel a sense of confidence that their income levels will either remain the same or improve over the next two quarters during the August survey. Respondents in February were relatively less pessimistic. The pessimism regarding their future income increased with age and men depicted more pessimism compared to women.

One would expect that the survey would show signs of optimism in the future regarding the country’s economic condition. However current sentiments dived and as per the respondents, they expect the future to remain similar if not worse.

64 percent of respondents felt that the economic conditions of the country have deteriorated over the last two quarters. In February, 40% expected the situation to go worse. However, in August this number fell to 36%, signifying higher optimism for the future.

As far as unemployment is concerned, respondents did not seem too hopeful for the future. As a result, the score for unemployment remains the lowest.

4 out of 5 consumers, or 80% of consumers surveyed feel that the unemployment rate has increased, some even say that it has increased a lot. 60% of the respondents fear that the rate will increase in the next six months. The net indicator for future expectations of other parameters remains greater than 100 signifying confidence, however, for unemployment, the net indicators lay well below 100.

Comparing provinces, the perception towards unemployment remains the weakest in Balochistan followed by Sindh, Punjab, and then KPK. This trend of increased unemployment has been in both rural and urban areas. However, urban respondents seem more pessimistic in comparison.

Despite the current outlook being bleak, the future outlook in August for this parameter is optimistic. 2 out of 3 respondents felt that their household savings had shrunk in the last two quarters. 56% expect that their savings will either improve or remain the same going forward. In February, 50% of respondents felt confident in the situation to remain similar or improve.

In February, participants were surveyed regarding the purchasing of assets, approximately 60% of respondents felt that the timing to purchase an asset was off. Only 16% felt that the time was right. By asset, this question meant the likelihood of buying a large household item, a car or a motorcycle, or the likelihood of buying or constructing a house.

While COVID has been bad for the economy and not just Pakistan’s but the global economy, the consumer pessimism cannot be blamed solely on the pandemic. Sure, the pandemic fastened the pace but consumers were already weary of the economic condition. Just in February inflation had clocked in at 14%, offices were downsizing and nothing seemed to be working out for an average Pakistani citizen. It never rains, it pours and thus enters COVID.

While COVID did not turn out to keep the economy hostage for long compared to other countries, the pessimism experienced prior to COVID lingered on. However, one thing is for sure, if Pakistan has truly beaten COVID, a miraculous feat on its own, it will not take much time for the pessimist consumer to become an optimist. After all, economic theory dictates that consumers are rational.

Why are CCIs important?

So while the survey results do not come as a shocker, one has to question whether these results mean anything and whether the Consumer Confidence Index is even an important indicator.

Economics 101 often teaches students that the main indicators of an economy are its Gross Domestic Output (GDP), Consumer Price Index (CPI), Unemployment rates, and interest rates. However, there is more to the economy than these macroeconomic indicators.

While these indicators are important in assessing the macroeconomic environment of a country, consumer confidence is also an important indicator often ignored considering the difficulty with which it is calculated.

Theoretically, consumer confidence is a statistical measure of consumers’ feelings regarding the current economic climate in a country. It measures the degree of optimism that consumers feel about the overall state of the economy along with how confident they are about their personal finances.