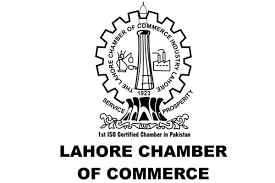 LAHORE: The Lahore Chamber of Commerce and Industry (LCCI) said on Saturday that the government must consult stakeholders while formulating the auto policy.

The PASPIDA delegation was led by Sanaullah Mughal while the delegation of FRIA was headed by Tanvir Ahmed Sheikh.

The LCCI president said that the government should consult all stakeholders in the formulation of the auto policy. He said that customs duty on items which were not manufactured locally should be reduced immediately so that the cost of production could be reduced.

He added that the rate of electricity for exporters should also be reduced to ensure ease of doing business.

Misbah maintained that the LCCI was committed to serving the business community for the economic development of the country.

Speaking on the occasion, PASPIDA Chairman Sanaullah Mughal expressed confidence that the Lahore chamber would extend complete cooperation in resolving their issues, adding that his association was facing various problems from the FBR and other ministries.

The meeting agreed that businesses could continue to operate by following the standard operating procedures (SOPs) laid down by the government, citing that country’s economy and businesses could not afford another lockdown.

LCCI Vice President Tahir Manzoor Chaudhry thanked the members of the delegation and assured them of complete cooperation from the chamber.