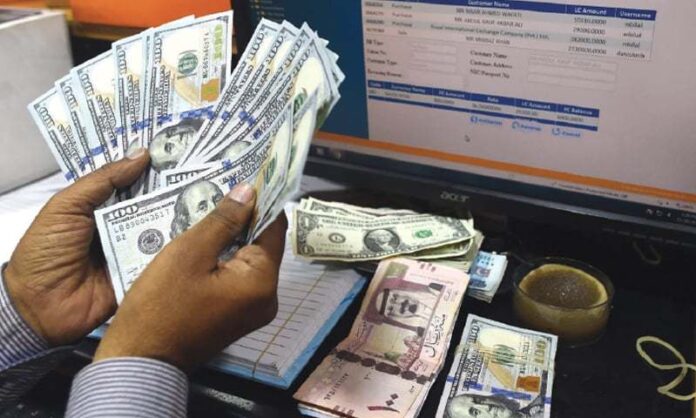 ISLAMABAD: Despite the overall negative impact of the Covid-19 pandemic, a new World Bank report has projected Pakistan’s remittances to grow at around 9 per cent in 2020, totalling about $24 billion for use as a formal way of sending money to the home country.

“The negative impact of the Covid-induced global economic slowdown has been somewhat countered by the diversion of remittances from informal to formal channels due to the difficulty of carrying money by hand under travel restrictions as well as the incentives to transfer remittances,” said the report published in the World Bank’s Migration and Development Brief.

Citing example, the report titled ‘Phase-II Covid-19 Crisis through a Migration Lens’ noted that Pakistan had introduced a tax incentive in July 2020, whereby withholding tax was exempted from cash withdrawals or the issuance of banking instruments or transfers from a domestic bank account. The tax incentive was capped by the remittance amounts received from abroad into that account in a year.

The report said although South Asia was the least costly region to send $200 the third quarter of 2020, costs were well over 10 per cent in some corridors – from Japan, South Africa and Thailand, and from Pakistan to Afghanistan.

Some of the lowest-cost corridors – including those originating in the Gulf Cooperation Council (GCC) countries and Singapore, and the India-Nepal corridor – had costs below the SDG target of three per cent. This is probably due to high volumes, competitive markets, and the deployment of technology.

Given that the pandemic is likely to persist through 2021, the earlier anticipated V-shaped recovery now seems implausible. This is likely to directly affect remittance outflows from the United States, the United Kingdom, and the GCC and EU countries to South Asia, the report says.

About the migration trends, the report said the coronavirus crisis has affected both international and internal migration in the South Asia region. Many international migrants, especially from the GCC countries, returned to countries such as India, Pakistan, and Bangladesh. Some migrants had to be evacuated by governments.

Migrant outflows from the region have also been affected adversely. In Pakistan, the number of emigrants was only 179,487 for January–September 2020 compared to 625,203 for the year 2019.

According to the report, “As the Covid-19 pandemic and economic crisis continues to spread, the amount of money migrant workers send home is projected to decline 14pc by 2021 compared to the pre-Covid-19 levels in 2019, according to the latest estimates published in the World Bank’s Migration and Development Brief.

Remittance flows to low and middle-income countries (LMICs) are projected to fall by 7pc, to $508 billion in 2020, followed by a further decline of 7.5pc, to $470 billion in 2021. The foremost factors driving the decline in remittances include weak economic growth and employment levels in migrant-hosting countries, weak oil prices; and depreciation of the currencies of remittance-source countries against the US dollar.

“The impact of Covid-19 is pervasive when viewed through a migration lens as it affects migrants and their families who rely on remittances,” said Mamta Murthi, Vice President for Human Development and Chair of the Migration Steering Group of the World Bank. “The World Bank will continue working with partners and countries to keep the remittance lifeline flowing, and to help sustain human capital development.”

The report says that origin countries must find ways of supporting returning migrants in resettling, finding jobs or opening businesses. The surge in return migration is likely to prove burdensome for the communities (to which migrants return) as they must provide quarantine facilities in the immediate term and support housing, jobs, and reintegration efforts in the medium term.