TPL decides to venture into creating a technology park 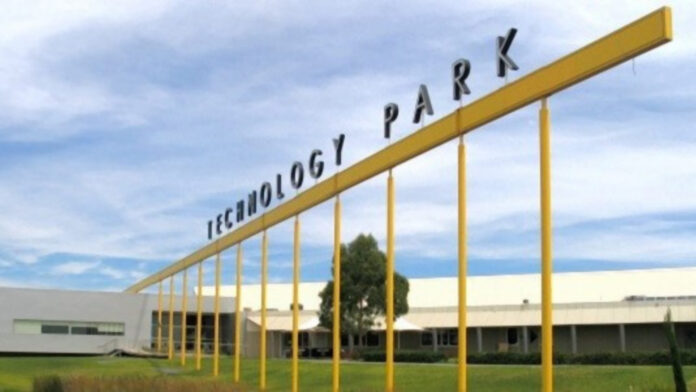 Let us play a word association game. Ready? Blue is to sky, as green is to grass. Silicon Valley is to technology as Sindh is to…what exactly? There are a lot of things that can come to mind as to what Sindh is notorious for, depending on your political bent. But one thing it most definitely is not a leader in is technology.

This is despite the fact that Karachi, the largest city in the country that is responsible for at least 50% of the country’s GDP, is located in Sindh, and boasts a cluster of universities. But for a myriad of reasons, (including a lack of national focus and lack of funds in the earlier years of this country), there has not been a technology boom in Pakistan, in comparison to, lets say, our much larger neighbour.

To its credit, the government is aware of this problem. That is why in 2018, the National Incubation Center was formed in different cities across Pakistan, with a special focus on technology. The Karachi NIC is housed on the main campus of one of the city’s oldest and prestigious universities, NED University of Engineering & Technology, formed in 1921 and named after prominent Parsi businessman Nadirshaw Edulji Dinshaw.

Then in July 2019, the Sindh government, led by Chief Minister Syed Murad Ali Shah (himself a graduate of NED) approved a ‘state-of-the-art’ technology park on NED University’s campus. Under the Special Economic Zones Act 2012, the project would have the status of SEZ. The Sindh government wanted to build a 20-storey building that would be completed by 2021, at an estimated cost of Rs12 billion.

The year 2020 is now almost coming to close, and there is no technology park in sight (in the last update, NED was still inviting proposals for feasibility reports in May 2020).

But such delays have not deterred one private company that has decided to construct a technology park, seemingly out of left field.

On November 11, TPL Properties issued a notice to the Pakistan Stock Exchange, that through its wholly owned Subsidiary, has entered into an ‘Agreement to Sell’ dated November 10. This is for the purchase of plot number 25-B, which measures 10,002 square yards, situated at Sector 30, Korangi Industrial Area, Karachi. Once the due diligence is carried out, the plot will be possessed by the company within three months

And what does TPL Properties plan on doing with plot number 25-B? To develop a technology park. According to the company, “The Technology Park will be the first of its kind of such scale in the province of Sindh, with high end technology facilities. Such a platform with high end IT infrastructure shall provide a platform to several IT sector companies across Pakistan.” TPL Properties estimates the project will be completed in two years, including planning and designing.

This is not entirely random, especially when one considers that TPL Properties has made three interesting business decisions in the last two years.

Some context: TPL Properties is the property arm of TPL Corp Ltd., a technology conglomerate that today focuses on auto, fire, life and health insurance, real estate development and security services. The genesis of the company was in 1999, when the company sought a vehicle tracking licence. In 2001, the company started fleet management and stolen vehicle recovery services. In 2002, it began to expand its branches.

In 2017, that company, known as TPL Trakker Limited, was renamed TPL Corp Limited, which now controls TPL Properties, and the rest, while the data location and tracking services were incorporated into a separate company, called TPL Trakker Ltd. TPL Properties Limited itself was incorporated in Pakistan as a private limited company in February 2007. Subsequently in 2016, the company changed its status from private limited company to public company.

So, to the first decision: in January 2019, TPL Properties signed a memorandum of understanding with Equitativa, the largest real estate investment trust (REIT) manager in the UAE, to form a REIT Management Company (RMC) in Pakistan. Equitativa has over  $2 billion of assets under management in the UAE, and the event marked the first foreign direct investment in this sector after amendments in the regulations. Celery, TPL Properties predicts growth in the country’s real estate.

Second, TPL Properties bought the 129-year-old Katrak Mansion, a heritage building close to Frere Hall. Why does it matter if some old colonial building is now in their possession? Because it represents an investment in the skyline of the city. The mansion is a heritage site in an extremely high-value commercial-residential area, and yet crucially, the pre-Partition mansion will not be turned into a high-rise structure. Instead, the architects intend to restore the building form the outside, while constructing residential apartments inside – and there may even be plans for a museum located as well.

Third, TPL Properties sold its flagship property, the 28-story Centrepoint in Karachi to Bank Al Habib, in a much publicised sale, and a major development in the city’s property market. The high-rise building located on Shaheed-e-Millat expressway, is opposite the KPT interchange in Karachi, stands 385 feet high, and was designed with corporations in mind, featuring a health club, a swimming pool, and a coffee bar. TPL Properties has also promoted the project’s location as an alternative to the city’s usual financial hub of I.I. Chundrigar Road or the Shahrah-e-Faisal artery, instead pointing out its ease of access to Defense, Korangi, and the airport.

In short, perhaps a technology park is not out of the realm of possibility.