‘IMF delegation to visit Pakistan for reinstatement of EFF programme’ 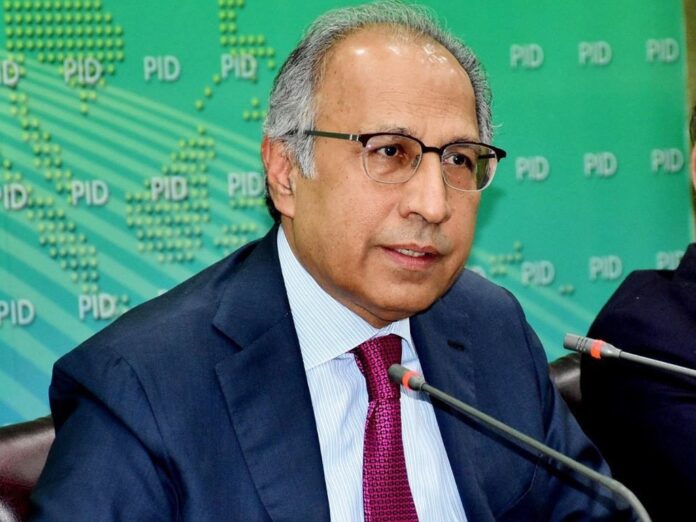 The adviser said that the IMF programme will be reinstated soon, with Pakistan negotiating on two main points: energy reforms and tax revenue growth.

“We have good relations with the IMF, as the agreed matters are moving forward smoothly,” he claimed. “The IMF had recently provided a $1.4 billion rapid financing instrument (RFI) to help Pakistan tackle the corona situation.”

In addition, he maintained, good news with regard to the economy is coming from all directions. “Our performance will further improve if we save ourselves from the second wave of coronavirus.”

The adviser said that the PTI government could not be blamed for previous loans, adding that the incumbent has not taken any loan in the last four month.

“The debt volume has been at the level of June 30 for the four months, which is not only a big success but also a proof of financial discipline,” he added.

Shaikh said that the government had to approach the IMF owing to the deteriorating financial situation. “Since that day, we have been trying to stabilize the economy.”

He noted that the economy was picking up before the coronavirus outbreak, as tax revenue and exports were increasing, while primary balance also recorded a surplus.

Despite Covid-19 adversely affecting the Pakistani economy, the government gave a Rs1,240 billion package to the business community, besides taking care of the poor segment of society, he added.

The adviser said that the government also performed well in the external sector, as the current account deficit reduced to $3 billion from $20 billion in just two years. “We have also paid Rs5,000 billion as interest repayment.”

He said that the economy was picking up after 5pc growth in large-scale manufacturing, increase in cement production from 16 million tonnes to 30 million tonnes, textile orders booked till December 2020, and a rise in the value of rupee.

“The government is also optimistic about job creation, as profitability of 100 big companies witnessed an increase of 26pc, whereas the banking sector recorded over 56pc profitability.”

Shaikh continued that foreign companies were seeing Pakistan as a destination of investment, with FDI increasing to $733 million during July-October 2020. The adviser also claimed that electricity and gas prices were not allowed to be increased instead surplus electricity was provided at a lower cost to facilitate the consumers.