Yet despite the pandemic, the company is likely to see a sharp bounce back with the expected boom in residential real estate construction. 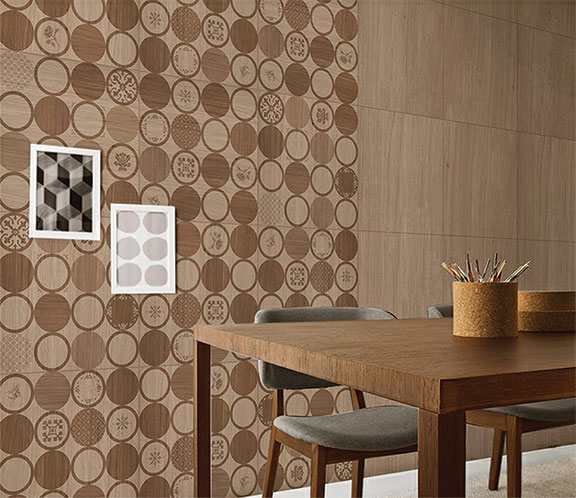 The whole point of a mall is for the customer to look up. The mall is that place one goes to window shop, to actually shop, to eat: in Pakistan, it is one of the top five places for a family outing. At no point does the customer look down; and yet if they did, they would notice the same, gleaming tiles over and over again. You can thank one company for that: Karam Ceramics, which makes tiles not just for Dolmen Mall in Karachi, but also Saima Mall in Karachi, the Kidney Centre, Model Town Lahore, and even Bahria Town.

It is an impressive list for a company that has been around for a few decades. Karam Ceramics was established in Karachi as a public limited company in April 1979 under “International Standard Ceramics Limited”. The company changed its name to the more local “Karam Ceramics Limited” in November 1982, undoubtedly realizing that perhaps other tile companies also espoused international standards.

The founder and chairman of Karam Ceramics was Shaban G. Kassim, a founder about which very little is actually documented – unusually, so, for a family business.

Yet despite little press, Karam Ceramics has slowly expanded its business. It has one factory located in Manghopir, Karachi, and another warehouse in Lahore. It is a manufacturer, importers, exporters, and retailer of ceramic tiles. The company prides itself on being the ‘only company’ to provide a complete range of wall and floor tiles under one roof. It has helpfully categorized all of its tiles as under living room, drawing room, bathroom and house entrance (in order of Pakistani family house priorities), and has a well established catalogue of over 107 tiles in a variety of colours.

What makes Karam Ceramics interesting is that it is one of only two listed tile companies on the Pakistan Stock Exchange, and therefore is one half of the two biggest names in Pakistan in the industry it serves. The other is Stiles, also known as Shabbir Tiles and Ceramics Limited. It was founded right around the same time as Karam, in November 1978. (Both companies are outflanked by Master Tiles, which is the undisputed leader in tiles, but alas, Master is unlisted).

By far, Shabbir Tiles is the much larger company. Between 2015 and 2020, its annual net turnover grew from Rs4,099 million to Rs6,474 million. Meanwhile, during the same period, Karam Ceramics had sales of Rs1,304 million in 2015, fluctuating below and above the Rs1,000 million mark since, before settling on Rs927 million in 2020. But being a bigger company also means more extreme losses.

Karam Ceramics is also an unusual company because it is Karachi based. As a Dawn report from 2018 points out, almost 60% of the market is concentrated in Punjab, with Sindh and Khyber Pakhtunkhwa making up the rest.

Now, the company did extremely poorly in 2020. As mentioned before, it made a loss before taxation of Rs95 million, and a loss after taxation of Rs45 million. Its sales dipped below Rs1,000 million for the first time since 2018, which represents only the second time this has happened since 2011.

What happened? The annual report is blunt: it was the Covid-19 pandemic, plain and simple. Because of the lockdown, the company had to suspend operations on March 23. But other companies had already been briefed that this was temporary, and that in two weeks time they could continue, provided they fell under an essential service. This was not the case, it turns out, for tiles. Karam Ceramics was only allowed to resume operations at the very end of May 2020, severely affecting its performance.

Yet, at Profit we believe this dip is temporary. Karam Ceramics can expect sharp bounce back with the expected boom in residential real estate construction.

Ever since the federal government announced an incentive package for the real estate and construction industry in April 2020, it has become incredibly lucrative to enter the real estate market, especially the affordable housing segment. Through the scheme, investors will also be granted a waiver of up to 90% on tax, if they are investing in construction projects under the Naya Pakistan Housing Scheme.

The government even allocated Rs30 billion for the Naya Pakistan Housing Scheme in the new budget for fiscal year 2021. Additionally, the central bank has asked commercial banks to allocate 5% of their total lending to the construction sector. This will hopefully improve lending in general: as is, banks’ current exposure to the sector is only at 1% of overall loans.

All of these steps point in one direction: Pakistan will experience a new spate of houses, buildings, and yes, maybe even malls. And all of these new projects will require some new tiles. Good news is that Karam Ceramics has 107 options to choose from.