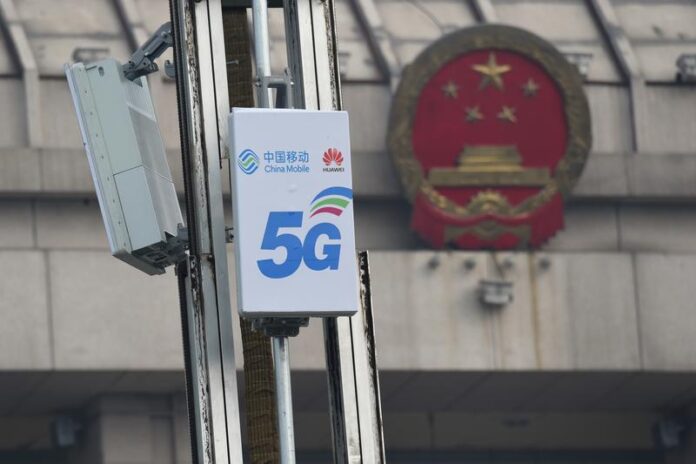 SHANGHAI: China’s three biggest telcos saw their shares drop as much as 5% in Hong Kong on Monday, the first trading session since the New York Stock Exchange (NYSE) said it would delist the firms under a plan China branded “political” and of “limited” impact.

The NYSE on Thursday said it would delist China Mobile Ltd, China Telecom Corp Ltd and China Unicom Hong Kong Ltd following the U.S. government’s move in November to block investment in 31 firms that it said are owned or controlled by China’s military.

The China Securities Regulatory Commission, in a question-and-answer posted on its website on Sunday, said the plan was “politically motivated”.

The move “completely disregards the actual situation of the relevant companies and the legitimate rights and interests of global investors and severely undermines normal market rules,” it said.

The American Deposit Receipts listed by the three telcos have a combined market value of under 20 billion yuan ($3.07 billion) or 2.2% of the firms’ equity, the regulator said.

“Even if delisted, the direct impact on the companies’ development and market operation is quite limited,” it said.

All three said they had not received any delisting notification from the NYSE.

Washington has stepped up its hard-line stance against China in recent weeks. In December, it added dozens of Chinese firms to a trade blacklist, accusing Beijing of using them to harness civilian technology for military purposes.

“In recent years it’s been quite normal to see Chinese firms delist in the U.S. or have secondary listings in Hong Kong,” Citic analysts wrote on Monday. “With the delisting, the three telcos will get a chance to have their shares re-evaluated and reduce financial disclosure cost.”