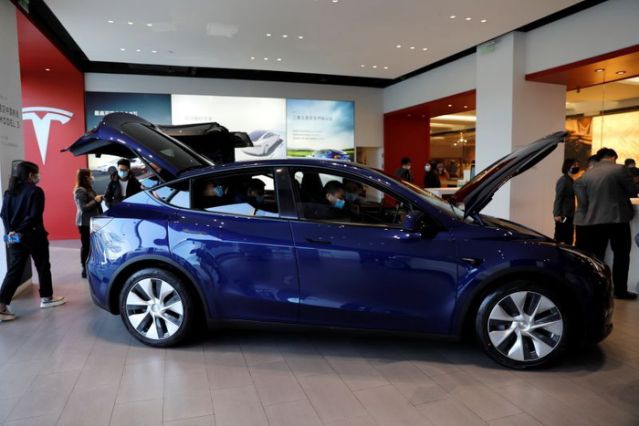 Tesla Inc launched a cheaper variant of the Model Y, bringing its sports utility vehicle’s price closer to that of its Model 3 sedan, the electric-car maker’s least expensive car.

Shares in the company jumped nearly 8pc to end Thursday’s session at $816.04, putting its market capitalization at $774 billion and making it Wall Street’s fifth-most-valuable company, just behind Google-parent Alphabet Inc and ahead of social media giant Facebook Inc.

BEIJING: Alibaba said it will reorganise its international and domestic e-commerce businesses and replace its CFO – changes that come as the tech giant...
Read more
World Business News

ISLAMABAD: Crude oil prices for two major benchmarks went down up to 2.77 percent for the fourth consecutive week after rallying for seven straight...
Read more
- Advertisement -