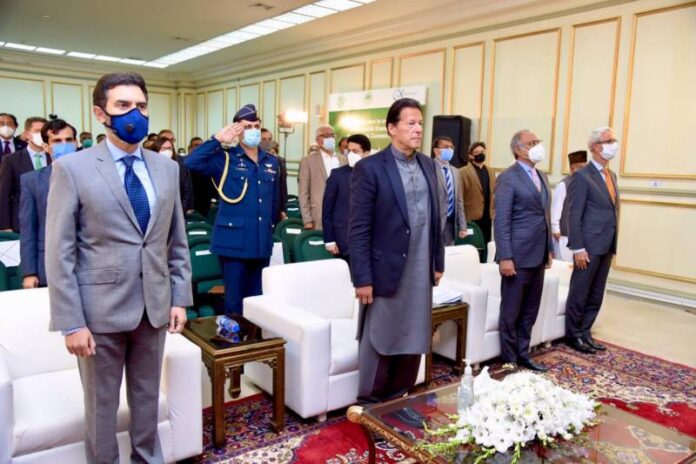 Addressing the launching ceremony on Monday, the PM said that the ‘Raast’ initiative will help boost formal economy, financial inclusion of women, and eradicate poverty from the country.

“We are trying to alleviate poverty through Ehsaas Programme and the launch of ‘Raast’ programme will help us achieve this goal,” Imran Khan said, adding that the programme will boost the Ehsaas programme, particularly its mobile wallet, and extend its reach to the women in the rural areas.

The PM observed that the cash economy is the biggest hurdle in tapping the true potential of the 220 million population of Pakistan.

“Cash economy badly affects tax collection, which is evident from the fact that only two million out of 220 million people are tax filers, while 30,000 of taxpayers make 70pc of the total tax collection in the country,” the premier noted. “With an increase in revenue collection, the government will create extra space to spend on human development – education, health, clean drinking water etc.”

He said that Digital Pakistan is a step forward from a cash economy towards the point where the country can take maximum advantage of its 220 million population.

The PM congratulated State Bank of Pakistan for efficiently working on the ‘Raast’ initiative and for convincing overseas Pakistanis to send remittances through formal channels.

He said foreign remittances have improved significantly as a result of these efforts. “Our current account deficit has become surplus, which has reduced pressure on rupee.”

The premier hoped a move towards Digital Pakistan would help put Pakistan back on the path of prosperity.

Raast is part of Prime Minister Imran Khan’s Digital Pakistan vision aimed at including poor segments of the society in the formal economy. Raast would be used not only to settle small-value retail payments in real time but will also provide cheap and universal access to all players in the financial industry, including banks and fintechs.