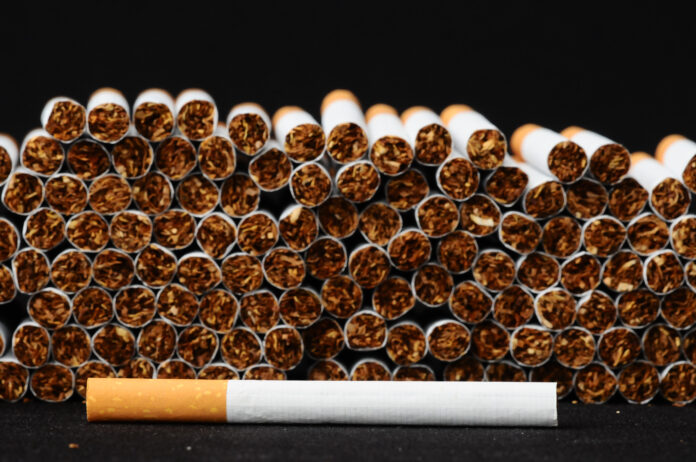 Speaking in a seminar titled ‘Increase FED on Tobacco Products’, the activists urged Prime Minister Imran Khan to take notice of the growing use of tobacco in the country, demanding an increase in taxes on tobacco products, including FED and health levy, mainly to keep the youth away from this menace.

According to tobacco control activists, there are currently two tax slabs for cigarettes; an FED of Rs33 is imposed on cigarettes costing less than Rs90 per packet, and an FED of Rs90 on cigarettes with a price of Rs90 and above. However, these taxes are still below the standard set by the World Health Organization’s (WHO) Framework Convention on Tobacco Control (FCTC) to which Pakistan is a signatory since 2005.

FCTC requires signatories to optimally impose a 75pc tax on the retail price of cigarette packs. Pakistan has yet to achieve this standard.

The activists demanded up to 30pc FED for each slab of cigarettes to enhance revenue collection and lower the consumption of tobacco, especially among youth.

Speaking on the occasion, Senator Ayesha Raza Farooq noted that tobacco use is the world’s leading cause of preventable death. “The burden of tobacco use is greatest in low- and middle-income countries that are often targeted by the tobacco industry through deadly products and deceptive marketing practices,” she stated quoting a WHO report.

Meanwhile, Sustainable Policy Development Institute (SDPI) Executive Director Abid Sulehri observed that the government is still facing a financial crunch due to the Covid-19 pandemic. “In order to adjust inflation rates in the upcoming budget, the government needs to increase the current FED on tobacco products to at least 30pc. By doing so, revenues for the government will increase which can be channelized into health and education-related initiatives of the government,” he added.

ISLAMABAD: The Pakistani rupee it will continue its upward trend against the US dollar despite some challenges ahead. According to a report published in Khaleej...
Read more
- Advertisement -

Iran slips record volume of oil into China, reaches out to...