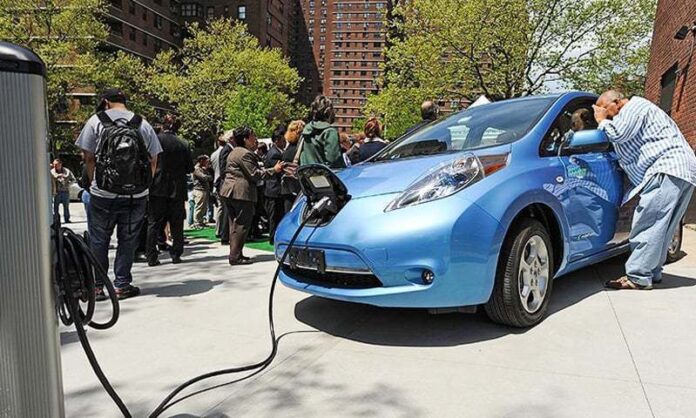 ISLAMABAD: While the government has issued a presidential ordinance for early implementation of the Electric Vehicle (EV) policy, registration of vehicles is still not possible due to the need for an amendment in the relevant act.

According to sources in the federal excise and taxation department, an amendment was needed to implement the revised registration fee (for imported vehicles) under the EV policy and presidential ordinance.

“This amendment in the act is necessary since the government had decreased the registration fee/tax for EVs from 4pc of the value of the motor vehicle to 1pc under the presidential ordinance,” said an official on the condition of anonymity. “The excise and taxation department has moved the proposed amendment to the interior ministry and may forward the same to the finance ministry before subsequent approval from the parliament.”

Interestingly, an official at the Engineering Development Board (EDB), which is an attached department of Ministry of Industries and Production, claimed that the EV registration fee was waived under the cabinet-approved EV policy. But it is now up to the provincial governments to implement it as they have their own excise and taxation departments, he explained.

“We don’t know where the issue of registration of EVs has come from. The concerned excise departments should implement the EV policy wherein the registration fee has been waived,” he said.

Under the prevalent uncertain situation, it seems the importers of EVs would have to wait for more time to avail the facility for registration of vehicles.

“People who have imported EVs to avail the relaxed duty on Completely Built Units (CBUs) are now waiting for the implementation of relaxed registration fee structure,” said an importer while talking to this scribe. “It is unfortunate that the registration process is still pending despite the issuance of an ordinance which was, ironically, aimed to speed up the implementation process,” he added.

According to sources, the government had earlier announced complete waiver of registration and annual renewal fee for EVs in Islamabad. But the same was also uncertain as the process could not start owing to delay in the implementation of the EV policy.