Why is Pakistan’s internet so slow?

Pakistan has some of the world’s slowest internet speed. Is anyone doing anything about it? 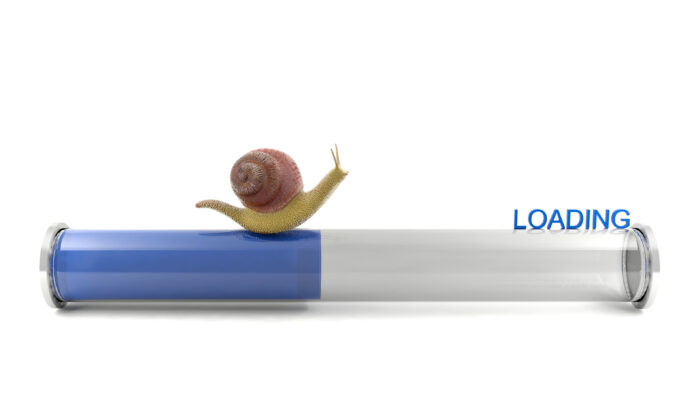 What does one do when one is forced to stay indoors? Million of Pakistanis thought the same last year during the lockdown imposed by the federal government. As workplaces and schools shut down and moved online, Pakistanis were relying on the internet for their education and livelihood. Even just to kill boredom in self-isolation, people watched more movies online, played more video games online, and chatted incessantly with their friends

But all of the above is predicated on a robust internet infrastructure. And that is just it: Pakistan’s internet speed is much, much slower in comparison with the internet speed of neighbouring countries, and even when compared to other much less developed countries in the world.

If you are alarmed by these figures, you should be. But first, some context: how did we end up here in the first place?

Sources within the information technology and telecommunication industry disclosed that there were multiple factors that affected the internet’s speed, including technology, available backhaul and international internet bandwidth acquired. But broadly speaking, in Pakistan, the relatively slow internet speed of broadband and cellular services is because of limitations of maximum available bandwidth per site, the low penetration of optical fiber cable infrastructure, complications in deployment of telecom infrastructure, and the fragile state of the telecom sector.

So first: according to experts, wireless broadband, such as 3G,4G and LTE have limitations on the maximum available bandwidth per site. This is usually between 20 to 35 Mbps. That refers to the available bandwidth that is shared among mobile users who are actively using the internet at a given time, thus reducing speed if there are more users per site. Most developed countries increase the density of towers as a solution. However, emerging countries have a tough time doing the same: the high costs of dense networks and lower returns are a major challenge.

Fixed broadband access technologies which connect houses directly with optical or copper cables provide much higher speeds. However, the deployment costs are also much higher. Broadband service providers in Pakistan offer these services in large cities like Karachi and Lahore, where more people can afford them. Some examples include Nayatel, PTCL GPON/DSL, Cyber Net’s Storm Fiber, Multi-Net Metro Ethernet, NTC Metro Fiber, and Wateen HFC Network. In developed countries, with the proliferation of fixed broadband, most users at home enjoy high-speeds at home, and offload the mobile network’s data services. But in developing countries, due to the lower penetration of optical broadband access, mobile networks become overloaded, and perform poorly.

Optical fiber is the technology of choice to carry data from a mobile tower nationally or internationally. But in Pakistan, there is poor penetration of optical fiber, which ends up reducing the end user speed experience, said experts.

These problems are compounded by the high levels of taxation on the telecom sector. Telecom operators also suffer from other financial headaches, like declining average revenue per user, and increasing operational costs.

Why fast internet is important

Telecom and IT experts agree that broadband is a driver of growth, and that there is a sizable impact of broadband proliferation on gross domestic product (GDP). According to the World Bank, a 10% increase in high speed broadband connectivity contributes to approximately 1% growth in GDP.

High speed internet encourages more activities to be done online such as paying bills, money transfers, online shopping, e-education and e-health. This has ripple effects on the economy: “High speed broadband and cellular services create a positive impact on the overall economy of a country besides indirectly making value addition to other sectors positive,” said one expert.

Conversely, slow internet  has a cross-sectoral impact, and affects a country’s startup ecosystem, entrepreneurship, e-commerce, e-governance and so on.

The good news is that in major cities in Pakistan, high-speed internet is the norm, as most things have gone online.  Software houses, call centers and IT services exporters are already using well connected offices or have leased spaces in software technology parks, where high speed internet is available. Similarly, somewhat deeper penetration of broadband has been helping people of semi-urban and rural areas to leverage broadband, and to sell products in main cities, get better prices and try reaching international markets.

Pakistan Telecommunication Authority (PTA) officials told Profit that the telecom sector contributed Rs278 billion in 2020, one of the largest contributions to the national exchequer. Similarly, the sector contributed $622.5 million, or 24%, of the total net foriegn direct investment in the country. According to the World Bank report on Pakistan, exports of IT and IT–enabled services increased from just $433 in 2010, to $1 billion in 2019, or an average compounded growth rate of 11%.

What is being done

The Ministry of Information Technology and Telecommunication (MoITT) is apparently aware of the problem, and has taken steps to increase cellular and broadband access and speed, in line with the government’s vision of a digital Pakistan. Officials in MoITT told Profit that the internet speed will increase using multiple strategies: through auction of available spectrum, intensive fiberization, resolution of right of way issues, Rolling Spectrum strategy implementations, tax rationalization, and local manufacturing of electronics and parts.

So far, the MoITT has tried to provide more spectrums to cellular operators. Multiple optical fiber projects have been launched in southern Punjab and Sindh that will connect union councils and small towns. The increased optic fiber footprint will provide much needed backhaul to cellular operators, banks, government institutions and private users. In turn, the optical backhaul provisioning to tower sites will increase internet speed. Additionally, more LTE (Long-Term Evolution) services are being rolled out in semi-urban and rural areas, which offer higher speed and better services to cellular subscribers.

According to Shoaib Ahmad Siddiqui, secretary of MoITT, a major optical fiber program rollout has been started and fast tracked. The reason is simple: the fiber optical programme has ‘strategic importance’ and in line with the government’s vision for Balochistan. In particular, significant investments have been made in southern Balochistan that will help the China-Pakistan Economic Corridor (CPEC), which explains why it is being fast-tracked.

Siddiqui also added that data services are being extended to rural areas under the Universal Service Fund (USF), a government organization which is mandated to provide high-speed internet to under-served communities. The minimum benchmark is 512 Kilobits per second (Kbps), while average speeds range between 1 to 2 Mbps.

This was backed by the chairman of the PTA, Amir Bajwa, who told Profit the federal government is chipping in special funds to the USF. According to Bajwa, the USF has awarded projects worth billion rupees to improve services in rural areas.

Bajwa added that network expansion was not only being carried out by the licensees as per their commercial plans, but was also being imposed through the license terms and conditions in the form of rollout obligations. According to him, mobile operators had been complying with the network rollout obligations, and none of them have defaulted the obligations yet.

“The PTA is ensuring that enhanced quality of  roll out obligations are included in all new licenses to improve internet services,” he said.

Bajwa did add, that the government could only help up to a point: it was up to telecom operators to continue to invest, in order to stay up to date technologically, and remain cost-effective. He said that it was in the interest of the telecom operators to provide fast internet services to retain their customers.

“The telecom sector is one of the most vibrant sectors of the economy, whereby the government, the regulator, and the operators have been working hand in hand to offer best possible services to the people of Pakistan,” said Bajwa.

According to Bajwa, Pakistan is one of the few countries in the world that has carried out tests and trials of 5G services.

Even if Pakistan does get 5G, what of it? Well, as our internet speed improves, so does pretty much everything else. As Siddiqui said, once the right policies are implemented – like establishments of incubations centers, increased broadband access, grants to startups – then no doubt IT exports will increase.

He went so far as to say that the Covid-19 pandemic had, to some extent, helped the country in the sense that while the rest of the world went through lockdowns, Pakistan’s policy of smart lockdowns kept the IT industry running. That gave global service seekers a better, more viable and cheaper alternative i.e. Pakistan’s ICT Industry.

According to Pakistan Software Export Board Performance Report, the country’s IT and IT-enabled services export remittances rose to $379.251 million, at a growth rate of 43.55% during the first three months of the fiscal year 2020-21. Additionally, Pakistan is the fourth largest country in terms of freelancers.

All they need now, is some high-speed internet. It’s up to the government to provide.