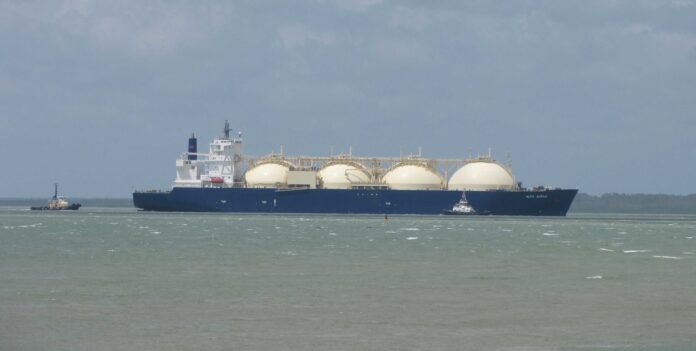 ISLAMABAD: The award of unutilised Liquefied Natural Gas (LNG) terminal capacity is currently in process, following which the private sector is likely to start the import of LNG in April or May.

According to a senior official privy to petroleum sector developments, a similar trend of importing LNG through private firms may be seen in the future.

At present, the official said, the re-gasification volume is at around 1,000 Million Cubic Feet per Day (MMCFD) against the total existing capacity of around 1,200 MMCFD gas.
“So, the government has no serious concern with regard to any unutilised capacity and if there is any [unutilised capacity], it has auctioned it,” he said.

The Oil and Gas Development Authority (OGRA) had recently granted the first-ever marketing licences to two companies for undertaking regulated activities with regard to the sale of natural gas and LNG. Besides, it issued two ‘provisional licences’ of supplying LNG through cryogenic bowzers to consumers, especially where a regular gas transmission network does not exist.

Currently, the country’s indigenous gas production is around 3.7 BCFD against the demand of 6 BCFD to meet the requirements of more than 9.6 million consumers across the country.

According to a recent report by OGRA, the gap between demand and supply of gas could increase by 5,389 MMCFD by 2029-30, if necessary measures are not taken to increase local exploration and production activities.

Meanwhile, OGRA on Monday notified an increase of Rs1.84 per kilogramme in the price of Liquefied Petroleum Gas (LPG) for the month of March.

According to a notification issued by the regulatory body, the new price stands at Rs159.73. After an increase of Rs21.78 per 11.8kg LPG cylinder for domestic consumers, which was previously being sold for Rs1,863, is now fixed at Rs1,884.