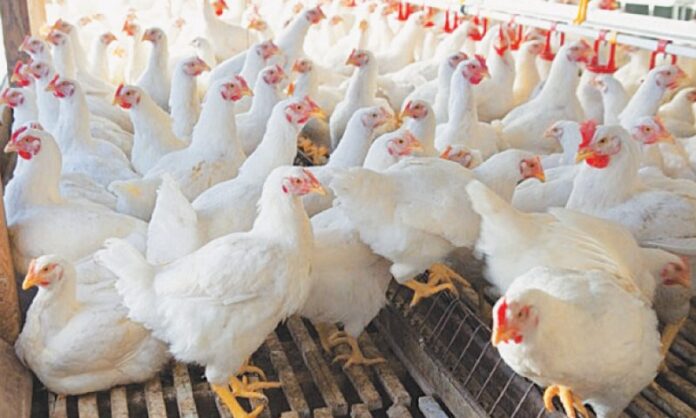 LAHORE: The Lahore High Court (LHC) on Wednesday issued notices on a petition seeking directives for the government to bring down prices of chicken in the province.

After a preliminary hearing, a bench of the high court directed the provincial government and other official respondents to submit their comments on the writ petition in the next hearing.

The petitioner stated before the court that the government has failed to control the rising prices of chicken. The court was requested to order the authorities concerned to take concrete steps to bring down prices of chicken.

It is noteworthy that the prices of chicken have gone up considerably with chicken meat being sold at as high as Rs500 per kg in Karachi and Rs365 per kg in Lahore and Rs400 per kg in Islamabad.

Meanwhile, the Sindh government on Wednesday expressed serious concerns over a “deliberate” and “abrupt” increase in prices of chicken meat in Karachi.

In a letter to the Karachi commissioner, Bureau of Supply and Prices Director Javed Hassan Khan noted, “Despite the government declaring all deputy commissioners, assistant commissioners and mukhtiarkars as special price magistrates in their respective jurisdiction of Karachi, the notified price of chicken (meat) is not implemented and being increased. This abrupt increase in price of chicken and the uncontrolled situation reflect the bad impression of the government functionaries.”

The director demanded that the deputy commissioners, assistant commissioners and mukhtiarkars take abrupt action to curb the undue hike in chicken prices.