With competition already waiting for it, will Edkasa manage to transform education in Pakistan? 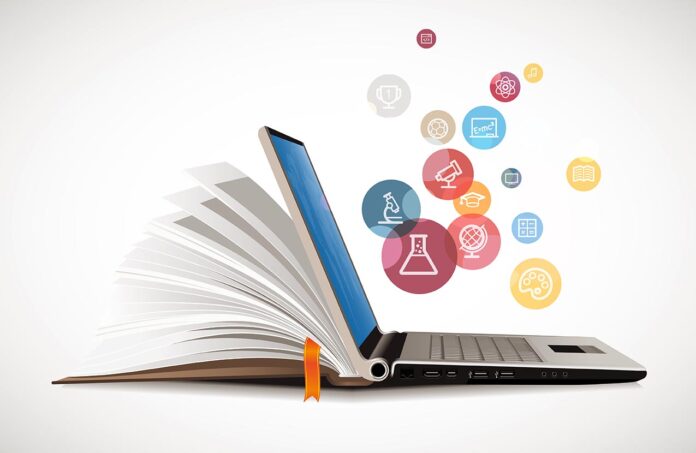 Edkasa, an up and coming education technology (edtech) startup, has announced raising $320,000 in a pre-seed round and launched a mobile application for secondary and higher secondary students to help them prepare for their exams in an all-digital setting. With education seemingly slated for at least a partially online existence in the near future as well as in the post-Covid world, the startup points towards important trends in how education is evolving.

The pre-seed round was led by Islamabad-based i2i Ventures, a venture capital firm that invests in early-stage startups, with participation from Lahore-based Walled City Co., Zayn Capital, and strategic angel investors in Southeast Asia. The startup has thus far expensed the pre-seed amount on launching the mobile application and building the team, with plans to utilise the remaining amount until the larger seed or pre-Series A round within the next 8-12 months.

The startup founder, without disclosing the target for the next round, said that though the size of the next round is going to be contingent upon the performance of the company, it is likely going to be 10x the amount raised in the pre-seed round. “It all depends upon how we grow and where we want to focus our attention on as we grow over time,” said Fahad Tanveer, CEO and co-founder at Edkasa.

The co-founder of the company disclosed that the pre-seed round was the first external funding round raised by the company against equity since its inception in 2017. It has earlier received $15,000 grant money from US-based D-Prize, a non-profit organisation that funds early-stage startups, and Tufts University, a $25,000 grant from USAID in Pakistan, and a £60,000 grant from Spring Accelerator, an East Africa and South Asia focused business accelerator.

Essentially, it is an online tutoring application, Edkasa hopes to rid the students of their woes when it comes to preparing for exams by providing them with a customised platform for easier learning that is effective.

The concept builds on the broader qualitative problem in the secondary and higher secondary education landscape of Pakistan where students, though they attend schools in the morning, feel the need to go to academies in the evening to prepare for tests and exams.  Edkasa is simply a digital alternative to the traditional brick-and-mortar academies. And where there are no academies, like in smaller towns or villages, Edkasa hopes to become the go-to digital academy.

“If you look at the larger education landscape, we are here to basically sort of meet the gap of people that have the need to go to an academy or hire a tutor to prepare for exams. It creates a lot of difference in large cities like Karachi, Lahore and Islamabad when it comes to exam performance,” says Fahad Tanveer. “But outside of these major cities, these centres are not available to students or they are very rare. We basically provide an alternative to that at a lower cost.”

Creating a digital academy can be as simple as setting up a Youtube channel or starting a Facebook page and posting customised videos to help students prepare for exams. That is also how Edkasa started, except that when with the online platforms, Edkasa was not able to control the user experience that they or the users wanted. “That was our limitation. We did not own the platform and, therefore, the user experience was not in our hands,” says Fahad, explaining the need for building an application that was built using the funds from the recent pre-seed round. “Another limitation was that presence on social media platforms is not scalable.”

The startup, Edkasa, has currently consolidated its focus on secondary and higher secondary students, ones in matriculation or intermediate classes, and offers services for science subjects only, for now. As they grow, Edkasa plans to roll out options for other students as well as they grow.

Edkasa is not the only edtech startup in Pakistan. In the same league is Out-class, another online platform that likes to call itself a digital academy. The difference? App-based learning is what sets Edkasa apart from the competition. Out-Class is a website only learning platform. Secondly, the business model. Edkasa has a subscription-based model that charges its students on a monthly basis based on the plan they choose, whereas Out-Class allows students to buy courses that are available as standalone or bundled.

But it really is the niche that Edkasa has found for itself that makes it different from its competitors. It only focuses on exam preparation for matriculation and intermediate students through an app-based platform. In another example, Taleemabad has an online application for primary students, whereas Noon Academy, another online learning platform, provides live sessions from select teachers.

“If you look at the edtech space in Pakistan, there are people who are trying to work in the technology space, but they are using different mediums. Some would be using websites or Youtube channels. If you look at India, and the real competition in edtech space is in India, the high school exam preparatory space has many unicorns and they are doing exactly what we are trying to do. The difference is that while being at least one-fifth the size of the Indian market, we do not have so many apps,” says Fahad.

“So we are one of the few that are app-based. People are doing very niche things like IELTS and ACCA preparations but we are going for the mass market which is matriculation and FSc, which is a high-volume and high-space market,” adds Fahad. What Edkasa also boasts is the competitive learning at the platform on which students can get competitive feedback, through a leaderboard, to give an idea to the student where a respective student stands against others. “This helps students take remedial actions and improve in exams,” says Fahad, also highlighting that the core market for Edkasa is the students that do not do well in exams, that is the students that are not even able to pass an examination. “We are, however, not restricted to these students only. The platform has benefits for top students as well,” he adds.

What do the investors say?

“We are excited to lead this deal in the edtech space in Pakistan,” says Kalsoom Lakhani, co-founder and general partner at i2i Ventures. “Annum (another co-founder of the company) and Fahad are exactly the kind of founders we like to invest in at i2i Ventures. They are using an innovative approach to solve an enormous problem in Pakistan, focusing on exam preparation while building on learnings from their large student user base,” she says.

Shoaib Malik, a partner at Walled City Co., also has high hopes. “Annum, Fahad and the founding team at Edkasa are transforming the education and learning sector in Pakistan, bringing technology and differentiation to students by connecting them to Pakistan’s top teachers and helping them master essential concepts during their exam preparation,” says Malik.

“We are delighted to partner with Edkasa in these challenging times and are really excited about the opportunities ahead as we move towards the future of learning and helping students realise their potential,” he adds.