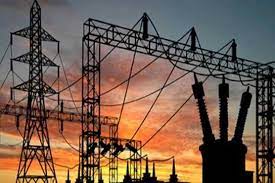 ISLAMABAD: The Power Division has submitted a comprehensive circular debt management plan to the federal cabinet, recommending to clear Rs435 billion worth principal loan of power plants under China-Pakistan Economic Corridor (CPEC) in the next 13 years instead of making immediate payments.

As per details, the Power Division also recommended the purchase of 11 Independent Power Producers (IPPs) with a single payment of Rs150 to Rs200 billion instead of giving Rs450 billion to IPPs under the head of capacity charges; converting 5500MW coal power plants on Thar coal from imported coal.

Circular debt is expected to reach Rs 2587billion till June 2021 despite all governmental actions.

Sources said that the federal cabinet, while advising the Power Division to pass on a little burden of the power tariff on the citizens, has directed finance minister and SAPM on Power and Petroleum Tabish Gauhar to submit a final report in this regard within two weeks.

Available documents state that 11 IPPs of 3300MW production capacity, which run on furnace oil, are not working on full capacity as they are being run with 5 per cent average capacity while fuel cost on the production of each unit is Rs13 per unit. These IPPs are currently being paid Rs60 billion annually on account of capacity charges.

The plan also recommends that oil run-IPPs be paid Rs450bn as total capacity charges for remaining seven years in line with the agreement or give an end to these IPPs through PIB or Sukkuk bonds with discount price of Rs150 to Rs200bn, while these measure in result will help reduce the power tariff by 60 paisa per unit.

Similarly, it has been recommended to hold an auction under a hybrid model of IPPs which run on sun light or with air as a source of fuel. Likewise, coal-fired power plant with additional capacity will not be installed and already approved 5500MW capacity of IPPs which are currently under construction including Jamshoro-1 should be converted on the coal of Thar Block 1 and 2.

“The power tariff for consumers will possibly witness reduction with such measures whereas, coat will be priced at $30 per tonne after witnessing a decrease from $50 to $60 per tonne.

Furthermore, three options for the administration of DISCOs were currently under consideration including continuity of present system, private management contract, and handing over of DISCOs to provinces under public-private partnership.

More over, the Power Division further recommended that the government should negotiate with the Sindh government for decreasing coal price and change in pricing formula in a bid to end the dollar indexation.