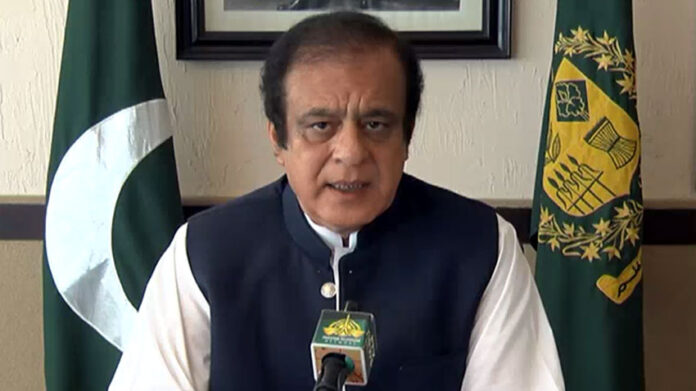 ISLAMABAD: After terming the locally manufactured ventilators useless, Minister of Science and Technology, Senator Shibli Faraz, has also claimed that the vehicles being manufactured and assembled in the country are not as per international standards.

During a meeting with officials of Pakistan Standard and Quality Control Authority (PSQCA), the minister opined that despite the ever jumping prices of local vehicles, their quality was not up to the global standard.

As per official sources, the minister, while referring to substandard goods being prepared in the country, said that despite the skyrocketing prices of cars in the country, their safety standard and quality were far behind the one set in the international market.

The minister remarked against the locally assembled vehicles at a time when he is being briefed by manufactures and assemblers of ventilators about the quality of the products as local ventilators hardly meet the standard set globally. He said there were 16 functions in  ventilators but the ones being made locally have only four.

Interestingly following the briefing, the minister started praising manufacturers of ventilators for their contribution.

It may be recalled here that the former minister of science and technology had claimed that the ministry has framed the draft of first-ever national standards for locally produced vehicles, despite opposition from the automotive manufacturers. However, manufacturers of vehicles have termed the draft standard as “simply a list of international regulations, without facilities and implementing mechanism”.

Earlier in a letter to the Ministry of Industries and Production, the Pakistan Automotive Manufacturers Association (PAMA) said that the ministry failed to process the standards in accordance with established legal and regulatory practices.

PAMA, which represents the manufacturers of passenger cars, light and heavy commercial vehicles, two, three-wheelers and farm tractors in the country, stated that the manufacturers, in fact, have never opposed the introduction of standards and that they have rather pleaded the government to bring international standards that were promised and prescribed under the Auto Policy for all the existing and the new investors.

However, they said, PSQCA, an attached department of the Ministry of Science and Technology, authorised to dispense and administer the standards, was in a dilapidated state in terms of infrastructure and manpower.

According to PAMA, the antiquated law gives immense powers to PSQCA where whims and arbitrariness dominate; therefore, it would be suicidal for the industry to acquiesce to such an unfair arrangement. “Please bring international standards and equip PSQCA with requisite testing facilities but deploy well-versed manpower for the real benefit to the industry and the public at large,” the letter stated.

It said since PSQCA is incapable to certify products in a way that is acceptable to WP29 member countries, the government must devise a mechanism to ensure locally manufactured vehicles adherence with international regulations as per WP29 prescribed rules under 1958 agreement.

Furthermore, the Engineering Development Board (EDB), an attached department of Ministry of Industries and Production, wanted to take the affairs into its control while on the other hand, PSQCA, wished to hold the power of enforcing standards despite the fact that both the organisations lack facilities like labs, testing centres etc.

According to officials, PSQCA has a legislative mandate to develop standards to which manufacturers must conform and certify compliance.

At present, no authority or department was monitoring implementation of locally manufactured car standards as these were not on PSQCA’s mandatory list.

Last year, Pakistan, despite lacking the required facilities, had adopted the international safety standard regulations to ensure that the vehicles being manufactured and assembled in the country meet the global standard.