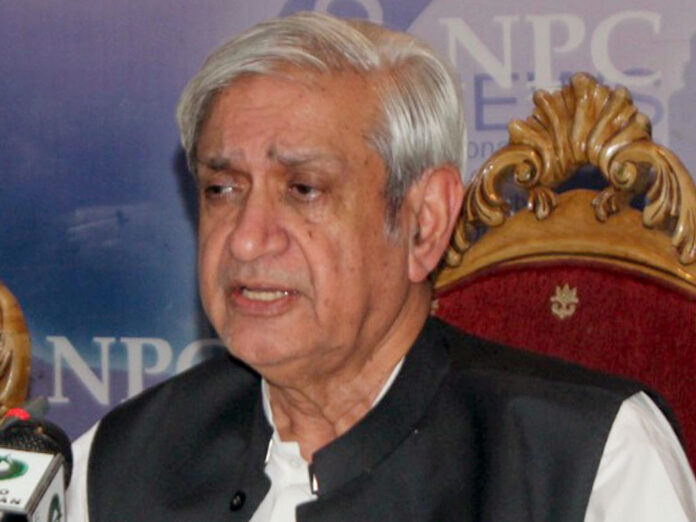 ISLAMABAD: The country’s economy will get a boost as the production of four important crops as well as three minor crops posted a record production this season from a year ago, indicating a lesser reliance on imports of eatables in the upcoming fiscal year 2021-22 (FY22).

This was revealed by Minister for National Food Security Research Fakhar Imam while addressing a press conference on Saturday.

The minister said that due to the supply of good quality seeds and favorable weather conditions, the production of wheat, rice, maize, potato, onion and groundnut has increased to a record level.

“Quality research and intellect in the agriculture is need of hour to achieve the agenda of food security in the country,” he added.

He said that livestock has also emerged as a major component of the agriculture sector and now has achieved a growth rate of 3.1 per cent. In the sector, he said focus will be on breeding, feeding and health.

“We will take measures to attract foreign investments in the livestock to encourage value-addition”, he said. The focus will be on milk and meat.

Replying to a question, the minister said that the government has especially focused on the production of edible oil to decrease the biggest export bill in this commodity.

“The government has also planned to promote floriculture for promoting flower farming and is focusing on organic farming for enhancing exports,” he added.

Moreover, Fakhar Imam said that massive drop in cotton yield is due to decline in Sindh. He said a 2.1m bales were received in Sindh as against the target of 4.5m bales.

The minister said standing crop was damaged due to excessive rain. He said Punjab has received only 3.8m bales this year, which is lower than last year. “This is a setback for our economy,” he said, adding government will take several initiatives to achieve next year target.