In a year it should have expected losses, the car battery company managed a small profit 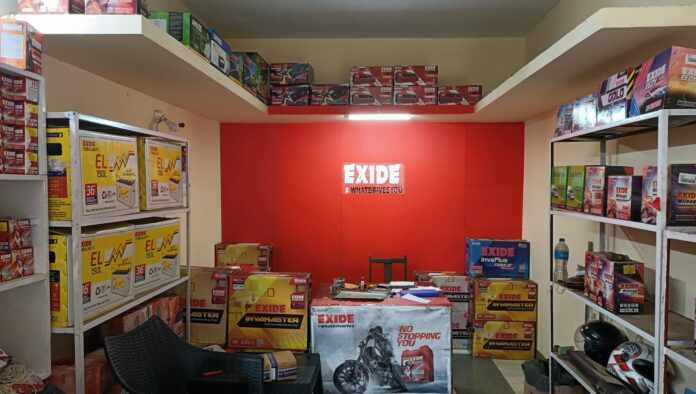 Somehow, Exide did it. It managed to turn around two years of consecutive losses and scrape through with just a sliver of a profit in the year 2021. It seems improbable that the company should have done so, considering it sells, of all things, car batteries; and car sales took a tumble in the year of the Covid-19 pandemic.

And yet, take a look at its most recent figures, in a notice issued to the Pakistan Stock Exchange on June 30. The company’s financial year ends on March 31. In the year 2020, sales stood at Rs8.7 billion, while net loss stood at Rs558 million. But just one year later, net sales increased to Rs11.7 billion, and the company managed to achieve a profit of Rs84 million.

To put another way, that is the highest sales achieved in 2018, and is in fact even higher than sales netted in 2016. And sure, the size of the profit isn’t great: the company had comfortably crossed the Rs80 million threshold all the way back in 2007. But the company had stumbled along the way, falling from a high of Rs739 million in 2017, to just Rs22 million in 2018, to two consecutive losses in 2019 and 2020. At least from that perspective, the company has managed to do quite well. The improvement represents a shift on the part of Exide to revamp itself following poor showing in the last few years.

First, some context on Exide Pakistan.The company was incorporated in 1953 as a private limited company, in association with Chloride Group, of the United Kingdom (that particular group had associates in 35 countries globally). In 1982, it was listed on the Karachi Stock Exchange, now known as the Pakistan Stock Exchange.

The company essentially manufactures and sells batteries, chemicals and acid, and also supplies solar energy solutions. Most of its facilities for both batteries and chemicals are located in S.I.T.E Karachi and Bin Qasim Karachi. Today, Exide claims that it is the largest manufacturer of lead acid electric storage batteries in Pakistan.  Its clients include car companies such as Suzuki, Toyota, Honda, Mercedes-Benz, and Audi.

“Demand for automobiles, especially cars, had plunged sharply due to steep rise in prices contributed by imposition of various taxes in the budget 2019-20, rupee devaluation and soaring interest rates. This unprecedented rise kept the prospective buyers at the sidelines as the prices went out of their budgets,” explained the Exide director’s report of 2020. This is how the company recorded a loss for the first time in the last decade in both 2019 (Rs504 million) and 2020 (Rs559 million).

Now, that is how things used to stand. But coming out of Covid-19, consumer demand has actually jumped, now that the worst of the pandemic is over. For instance, according to the State Bank of Pakistan, automobile loans increased from Rs251 billion in March 2020, to Rs270 billion by October 2020, depicting an increase of 8%.

Its a a view echoed by the last quarterly report, ending in December 2020: “The entire auto sector except heavy commercial vehicles gave a brisk performance during the first half of the current year on account of low interest rates and better farm income”  According to Exide, car sales jumped by 13.4%, SUVs to 134%, light commercial vehicles by 32.4%, farm tractors by 43%, and two to three wheelers by 6.3%.

That jump in car sales helped the company shoulder on. That is how even in the third quarter ending December 30, net sales stood at Rs3.3 billion, compared to Rs1.8 billion in the same period last year. And it seems that the company has only just capitalized on that momentum.

With livestock shopping at an all time low this Eid, leather manufacturer are feeling the heat

How big is Pakistan’s bridal dress business? And why are wedding dresses so expensive?