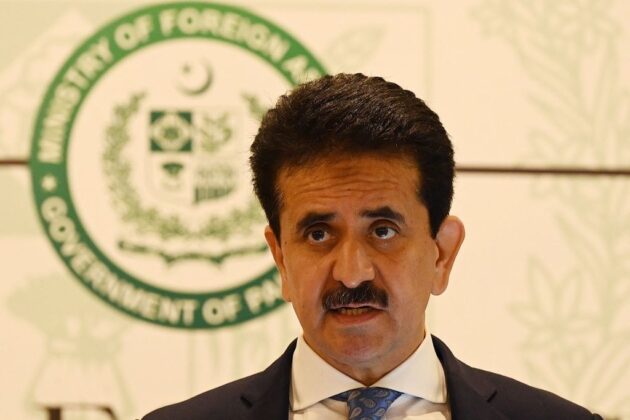 ISLAMABAD: The Foreign Office Sunday said work on the Dasu Hydropower Project will soon resume as both Pakistan and China were committed to the timely completion of this and other projects being undertaken with Beijing’s cooperation.

Following the incident, reports citing undisclosed sources claimed Gezhouba Group had terminated the employment of Pakistani workers working on the project in a purported notification that claimed the Chinese constructions giant was “forced to suspend the construction”.

“The notification of employees contract termination […] had not been approved by the competent authority and has been declared null and void now,” Gezhouba Group clarified in a notification issued Saturday.

Chaudhri further said matters pertaining to security and execution of the plant were being looked into, and the relevant authorities both from Pakistan and China were working in close contact in this regard.

“Both Pakistan and China remain committed to timely completion of Dasu Hydropower and other projects being undertaken with Chinese cooperation,” he said.

Following the attack on the Chinese team, Water and Power Development Authority and Gezhouba Group had decided with mutual consultation to temporarily suspend construction work.

Since then, Wapda is working in close liaison with the Gezhouba Group’s top management.