Despite its slump, the group has found many suitors 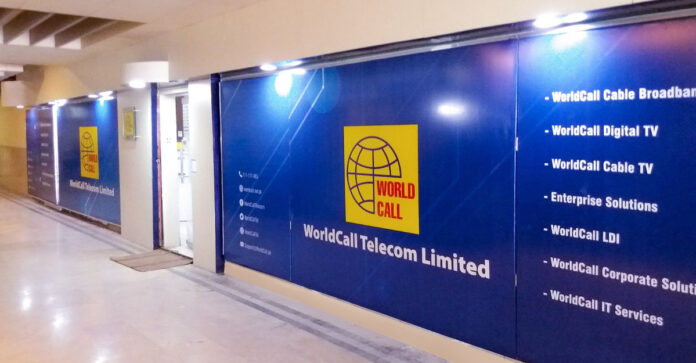 Picture the scene: It is 2006. This writer, after many fits and tantrums, has finally convinced their parents that a desktop computer in the house is a net benefit (“it’s for school, I promise!”). Of course, at the time, the house’s television provider was WorldCall – and so naturally, our internet provider was also Worldcall. And like any good kid of the era, this reporter too wasted time upvoting movies on the WorldCall exclusive movie TV channels.

Fast forward to 2021, and no one watches the actual TV (it’s all netflix on laptops or smartphones). No landline calls either, for that matter: smartphones exist. And when this reporter clicked on WorldCall’s website link, they were met with the following: “This site can’t be reached. Worldcall.com.pk took too long to respond.”

This is all to say, that the last decade has not been kind to the company. In fact, it is amazing how much attention a company like WorldCall gets, considering that its competitors have outshone it, and that it made a loss in eight years out of the last 11 years. It also received a lot of attention for being at the center of a bidding process by ARY Group (and the alleged pump and dump that occurred, previously covered in depth by this magazine).

The result? The company posted the lowest revenue figures in two years, at Rs3.1 billion, and a loss after three years (of Rs146 million). But the phrase it likes strips any context to the story of WorldCall. In truth, its net income over the year has fluctuated wildly, and is not indicative of actual performance – rather, a series of other income windfalls, loans, or loans written back.

From the beginning: WorldCall was started by former governor of Punjab and business magnate Salamn Taseer, with a payphone network in 1995. It was formally incorporated in Pakistan on March 15, 2001, and commenced operations in December 2004.  A majority stake in World Call was acquired by Omantel, Sultanate of Oman’s incumbent operator, in 2008. It provides Wireless Local Loop (WLL) and Long Distance & International (LDI) services in Pakistan, and re-broadcasting wireless, cable television and radio signals.

When it launched in 2003, WorldCall was seen as a game-changer: offering broadband internet and cable television in one package, the first company of its kind in Pakistan. Its brand name allowed it to attract some of the most talented graduates from Pakistan’s best engineering schools at the time.And yet, while WorldCall became famous for its consumer-facing broadband business, the core of its business was always wireless local loop (WLL) phones and long-distance calling.

The WLL business yielded significant revenues to the company for a while, but then effectively died, because cellphones entered the market. In fact, by 2006, there were six cellphone operators in Pakistan, and their fierce competition caused cellular prices to plummet, eviscerating the last remaining advantage of using WLL.

WorldCall revenues kept growing, though, peaking in 2009 at Rs8.4 billion. That, however, is when the game began to change, with cellular penetration in Pakistan passing more than 50% of the population, and the state-owned Pakistan Telecommunications Company Ltd (PTCL) launching its own broadband internet services, coupled with cable television capabilities. There was literally no technological or economic advantage left in using virtually any service offered by WorldCall.

That is when the company’s slide downwards began. It was not apparent at the time: after all, revenues between 2009 and 2012 hovered above the Rs7 billion mark. But then it tumbled to Rs3.2 billion in 2013, to Rs1.8 billion in 2016, its lowest point. In those years, management scrambled to figure out what went wrong: but the truth was, neither the management or the majority shareholder had invested enough in the company’s infrastructure.

The company made a series of losses in the billions during the years between 2012 and 2016, including one horrific loss of Rs10.6 billion in 2015. This was mostly because of a one time impairment loss of Rs 4,240 million. That was a bad year in particular, where the company’s current liabilities exceeded its current assets by Rs15,254 million. In 2017, the company (which financed much of its expansion by issuing bonds and long term loans from banks) managed to scrap together Rs8.1 billion in other income, resulting in a net income higher than the revenue for that year. That was mostly liabilities, including loans from the Bank of Oman, written back.

The company has just managed to struggle along, with revenue climbing back to Rs4.3 billion in 2018, and Rs3.8 billion in 2019. Net incomes for these years were recorded at Rs446 million, and Rs72 million respectively. But the problem with WorldCall is that try as it might to get revenue and general costs in order – and indeed it does, with profit before interest, taxation and depreciation and amortization often positive – the depreciation and amortization, and finance costs, are so high, that the it is inevitable that the company will post a final loss.

In fact, it is remarkable that so many companies have taken an interest in the company to begin with: initially Dunya Technologies in 2016, and then ARY, on and off, between 2019 and 2021.

For its part, the company has tried to stay positive: “The demand for data is still there and is growing at an ever increasing rate. With a huge carrier network across the country WTL has a comparative advantage in offering quality infrastructure services to households as well as to corporate entities,” its 2019 annual report said. The numbers – now that 2020 financial statements have dropped – say something else.