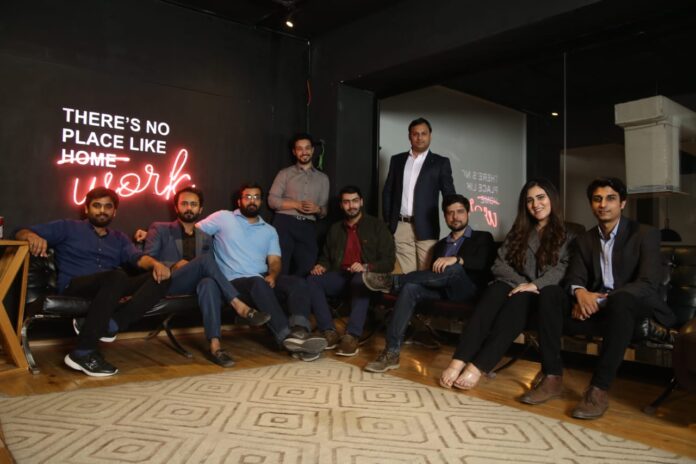 In a statement, the company said that the license grants Muawin the right to operate as an independent digital lending entity throughout Pakistan, for Muawin’s mission to provide smart and dynamic financing products to microentrepreneurs and the unbanked population of the country.

Since its inception, the company says its primary focus has been to intelligently support micro-entrepreneurs with their working capital needs.  There are an estimated 3.9 million MSMEs in Pakistan, according to numbers available online for whom access to working capital is arduos and full of friction.

Access to working capital for these MSMEs is arduous because these enterprises operate in informal channels of the economy, and the problems that therefore arise makes credit assessment difficult which keeps banks from serving these businesses.

MSMEs such as kiryana stores have always found it difficult to secure any means of formal financing due to an archaic credit profiling system and lack of credit history data.

“Considering MSMEs contribute up to 30 per cent of the GDP, the company understands how vital it is to improve financial inclusion in the country by providing access to financial services which help empower these enterprising individuals which will ultimately lead to a healthier economic structure for Pakistan,” Muawin said.

In a statement, Muawin co-founder Moeed Qamar said that the goal for Muawin is to bring about an incremental lasting impact to the hard-working and enterprising individuals that make up our local landscape, and the trust placed in the company by the regulators at SECP will allow them to build a platform that is tailored towards uplift and sustainable development through the provision of credit facilities.

Digitising SMEs has saw a surprising rush recently, with new startups such as Bazaar, Taajir, Retailo, and Jugnu, laying the foundations by providing kiryana stores app-based platforms to purchase inventories. Startups like Creditbook, DigiKhata, and Udhaar are digitising bookkeeping for these retailers.

Based on Profit’s earlier interactions with some of these startups, they plan to eventually provide access to finance to these retailers so that they can grow their business. Likewise, Finja also launched a mobile wallet and has now moved on to provide micro-lending to these kiryana stores.

Translated in Urdu as madadgaar (helper), Muawin plans to provide microloans to these retailers, as well as other microenterprises, without penetrating the market first through some digital product like a mobile wallet. Instead, its outreach plans for extending these loans are based on partnerships with mobile wallets like EasyPaisa and JazzCash, and even startups like Bazaar and Retailo, and, therefore, sees them as potential partners instead of competitors.

As earlier mentioned, the number of MSMEs in Pakistan is massive and because of the problems associated with credit assessment, these microentrepreneurs are not priority customers for banks and therefore lack access to formal financial services. At the same time, the scope of serving them is big because of the sheer number of such businesses that are underserved and can be better served through partnerships.

But for Muawin, the scope of microlending extends beyond kiryana stores, with Uber drivers and gig economy workers, also categorised as micro or small businesses, can access finance through Muawin.

The company acquires users through partnerships with players along the value chain be it Uber, where Uber can give access to finance to customers through Muawin, on their ride-hailing application.  The difference, however, is that Muawin does not hand out cash to these microentrepreneurs and finances their needs by providing them inventory, which makes it asset-backed lending.  “When we say we are giving out inventory, it means we are just trying to link our credit philosophy with whatever that microentrepreneur needs,” explains Hashim.

For instance, Muawin has recently entered into a tri-party agreement with Uber and Shell Pakistan to provide fuel financing to Uber’s partner drivers. On the other hand, Unilver’s distribution partner can arrange a microloan for a kiryana store through Muawin, for the kiryana store owner to purchase, let’s say more Unilever products.

“Essentially Muawin’s service to its customers is under the B2B2C model, with Muawin partnering with the businesses serving microentrepreneurs, getting access to data for credit assessment and providing financing solutions to these entrepreneurs,” says Moeed , co-founder at Muawin.

Muawin has a simple thesis: it wants the borrowers to know that there is a lender out there who understands their unique financing needs, and once these show them the difference having a credit line makes

Consequently, financing rates are not fixed and depend on the vertical these businesses operate it after accounting for other risk factors. The maximum financing allowed under the NBFC license is Rs100,000 for an individual and Rs500,000 for a business.

Muawin, however, refused to disclose what their average loan size is going to look like and only said that they would be starting off with small loans, and as customers build their loyalty with Muawin, the loan amounts will eventually grow higher.

Muawin wants to be out there for the market to know that there is a lender out there who understands their unique financing requirements, and claims to have gained access to 15,000 micro-retailers through distributors of FMCGs, besides the Uber and Shell partnership to finance working capital needs of these microentrepreneurs. After securing the license from the SECP, it plans to extend its services to over a million retailers alone, to help them get access to financing.