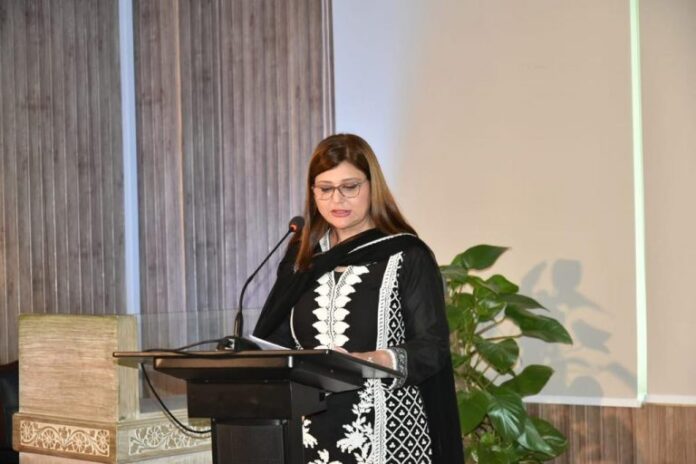 ISLAMABAD: Federal Secretary Board of Investment (BOI), Fareena Mazhar on Thursday said that the signing of a Memorandum of Understanding (MoU) between the cities of China and Pakistan will help to promote tourism in Shanghai Cooperation Organization (SCO) countries.

Fareena expressed that the signing of an MoU on Establishing Cooperation Mechanisms among SCO Tourism Cities between the Qingdao Tourism Association and the provinces of Punjab and Sindh will prove to be a stepping stone in rejuvenating two-way tourism relations between Pakistan and China.

BOI facilitates the signing of a bilateral Pakistan-China MOU in the Tourism sector under the auspices of Shanghai Cooperation Organization (SCO), said a press release issued by BOI here.

The Secretary stated that the BOI strongly believes that now is the time to join hands and facilitate two-way tourism related business initiatives between China and Pakistan, as the aspiration to promote the tourism sector comes from the highest office.

Prime Minister, Imran Khan, has time and again reiterated the need for the development of the Tourism sector in Pakistan.

Project Director of the BOI, Islamabad, on Industrial Cooperation under CPEC, Asim Ayub, said that Pakistan has immense investment potential in the Tourism Sector and BOI is undertaking rigorous efforts to facilitate bilateral investment cooperation between Pakistan and China.

He expressed these views while addressing an online China-Pakistan Two-way Tourism Promotion Conference facilitated and organized by BOI from Pakistan’s side.

BOI appreciated the efforts undertaken by the Honorary Investment Counselor (HIC) of Pakistan in China, Wang Zi Hai for providing his learned opinion and cooperation to BOI in organizing the conference while taking on board the representatives from the Federal and Provincial Tourism Development Corporations from the Pakistan side.

Qingdao, the major metropolis of the Shandong province, and known as the “the Switzerland of the East” cooperating with the provinces of Punjab and Sindh will go a long way in paving the way for a sustainable bilateral tourism development journey.

Qingdao has already established sister-city relations with Karachi, which is the largest and the most economically vibrant coastal city of Pakistan.

“Both cities are bestowed with enormous potential for Cultural and Touristic Cooperation.”
Rana mentioned while delivering a brief presentation on the tourism sector of Pakistan.

He informed that Pakistan is one of the few countries in the world which is blessed with a diverse inventory of tourism attractions and unique endowments of national landscape features.

Peng stated that the aim of signing the MoU is to market and promote Pakistan and China’s high-quality cultural and tourism resources and facilitate mutual understanding between the people of the two countries.

Khoso introduced the audience to the immense potential for Tourism in Sindh.

Jabbar expressed his views on the significance of the bilateral tourism promotion initiative and informed the participants regarding Punjab’s tourism resources. He informed that it was for the first time that the province of Punjab has collaborated with the Chinese provinces in the tourism sector in an inclusive manner.

BOI HIC in China, Wang Zi Hai thanked the BOI team for facilitating such an impactful online conference, and for ensuring the participation from relevant Federal and Provincial tourism
departments in Pakistan.

The signing ceremony of the Initiative on Establishing Cooperation Mechanisms among SCO Tourism Cities took place online during the conference.