Years in the making, the PCB had done everything to prepare until the unthinkable happened 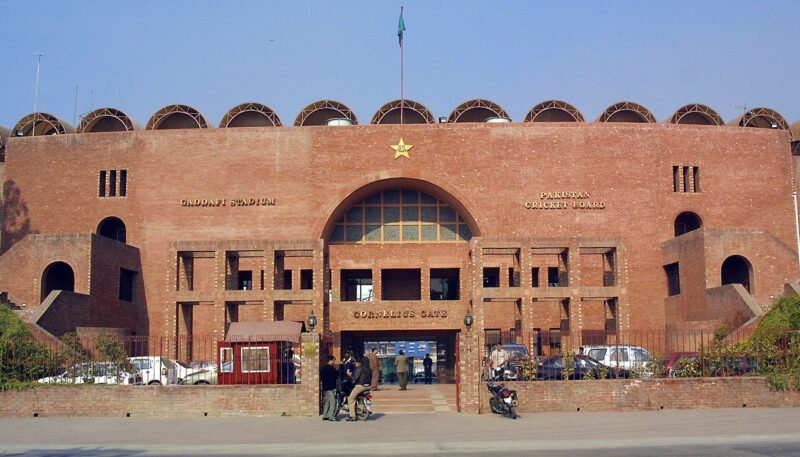 The Pakistan Cricket Board will suffer financial losses in millions as a result of New Zealand abruptly calling off their tour just before the first of three One-day Internationals was to begin in Rawalpindi due to a security threat last week.

Much has been said about the decision to cancel by the New Zealand cricket board. The decision, in which Pakistan was not kept in the loop at all, has had fans jilted and the cricketing world raising eyebrows at the way New Zealand left. What has been even more of a shock has been the withdrawal of the England Cricket Board from a tour of Pakistan set for next month. The ECB did not even offer a reasonable explanation, and their cancellation has been labelled by former England Captain Mike Atherton as “disrespectful” and by ESPN Cricinfo’s editor Osman Sammiuddin as a “slap in the face” of Pakistan cricket.

While the politics of world cricket are not for us to debate, what is clear is that Pakistan cricket will face serious damages from this financially.

Already the New Zealand board has said that they will be ready to consider entering compensation negotiations with the PCB.

The loss is substantial. In an interview with Dawn, a PCB official said that apart from the blow to the efforts the PCB, the government and the security agencies who had been making to fully restore international cricket in Pakistan, this will also have financial repercussions. According to sources with the PCB that have spoken to Profit, while a valuation has not been made a rough estimate could be somewhere around the $1.5 million mark in terms of losses.

How is so much money being lost? Because the PCB’s stated aim and mission is to make money and be profitable so that it can in turn spend on the development of cricket in the country. This tour was an investment, where the PCB had spent money not just on training and hotels, but also hiring production teams for the PTV, signing a broadcast deal with the national broadcaster, renovating stadiums, arranging for securities and other expenses.

The economics of cricket are fascinating and complex. But this is how they work roughly. There are two main sources of income for a cricket board. The first is the International Cricket Council (ICC). The ICC hosts international tournaments like the Cricket World Cup and the T20 World Cup or the Champions Trophy, which attract cricket fans from around the world. From these tournaments, through gate receipts, broadcasting rights, and sponsorship deals, the ICC makes billions. In the projections for ICC’s 2015-23 cycle, the council is supposed to make up to $3 billion, which is then distributed through the different cricket boards. Larger boards that bring in larger television audiences like India and Australia get larger shares. Currently, the ICC is giving around $16.5 million to Pakistan annually until 2023.

For this money, the PCB is completely dependent on the ICC. The main and most traditional way for a board to make its own money is by hosting bilateral series. For example, the Pakistan Cricket Team toured New Zealand last year, where they played a full tour. Now, since the tour is being hosted by New Zealand, Pakistan makes no money from the broadcasting rights, and all of that goes to the host country. In a pre-Covid world, gate receipts would also be a moneymaker for the board hosting.

Pakistan will make money from broadcasting rights when it hosts tournaments, like the recent series with Zimbabwe or the PSL’s latest edition. “In essence, what has happened with the PCB is that it has normally relied on two sources of income – broadcasting deals, and ICC handouts,” the PCB CEO, Wasim Khan explained in an earlier interview with Profit. “Each board receives 20-30% of annual revenue through the handout.”

Now, while New Zealand had made money when Pakistan toured them, they were now going to tour Pakistan, it was their turn to visit Pakistan so that the PCB could benefit from the media rights and get broadcasting revenues. The return of teams like New Zealand and England was a big deal because they draw larger crowds and television audiences compared to teams like Zimbabwe or Sri Lanka. Instead of returning the favour, both New Zealand and England have left Pakistan hanging high and dry for no particularly good reason.

The ICC handouts are vital for any cricket board, but they mean that the boards are tethered to the ICC. To have some semblance of independence, it is important for boards to up their broadcasting game.

Pakistan cricket has been lagging behind in this department. Broadcasting quality and techniques have not been up to the mark since the turn of the century. No deals had been signed with international broadcasters to take Pakistan’s home matches to a larger audience and attract more money, and the deals signed with broadcasters at home were less than ideal. This is one particular area where the PCB has made strides in becoming self-sustainable. They have made overtures to improve broadcasting, have developed a robust and creative media team and are in constant talks to further sign broadcasting deals.

This was one department where the PCB made improvements not just for the short term, but because they had commitments from teams like England and New Zealand to tour Pakistan. With better broadcasting, the PCB could even share their broadcasting with foreign channels.“We have recently signed a $200 million deal with the PTV. Currently, we are producing content through third parties and providing our content to PTV for broadcasting, but this is only in the short-term, we are in this for the long-haul,” says Wasim Khan. This ambition was also being ramped up.

In the earlier interview, the key for Wasim Khan had been sustainability. “Within the next few years, we want to be in a position where we are producing ourselves and do not need third parties. Our capabilities have been lacking, so we are training the PCB staff so that we can rid ourselves of third parties,” he said. “We need to contain a sustainable system that requires training. We want the money to stay within Pakistan.”

Other than PTV, the PCB has also signed a deal with Super Sport – a South African broadcaster that has agreed to show Pakistan’s matches on its networks. According to Wasim Khan, the board is on the verge of making similar deals with other international broadcasters as well, including Sky Sports in England as well as the California based Fox Sports.

But these are the traditional sources of income for the PCB. As long as the board is dependent on ICC handouts, the PCB will never be an independent board and always a wrong move away from falling in disfavour and not getting as much money. Particularly, with the Board of Control for Cricket in India (BCCI), not only dominating the ICC, but allying with the Australian and English cricket boards to create a triopoly in cricket has resulted in a greater than ever need to diversify sources of income and become independent from the ICC.