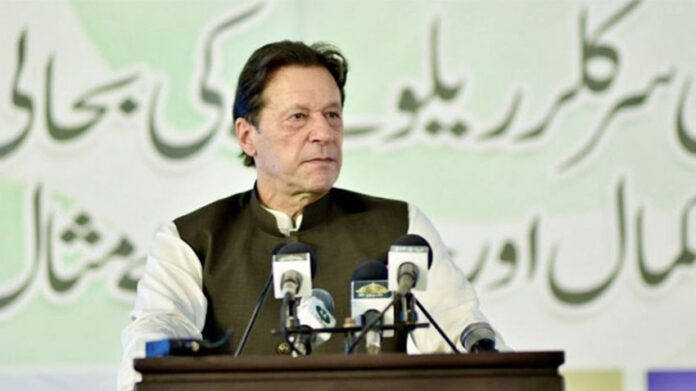 KARACHI: Urging the Sindh government to reconsider the Bundal island project, Prime Minister Imran Khan called for renewed coordination between federal and provincial governments for the successful accomplishment of the game-changer projects.

In October last, the twin islands of Bundal and Dingi at the mouth of Korangi Creek off the Arabian Sea coast in Karachi were taken over by the federal government through an overnight presidential ordinance.

With an investment of about $50 billion, the government aims to develop a city that will “surpass Dubai” and create 150,000 jobs, Sindh Governor Imran Ismail said at the time.

But fisherfolk say the development on the islands — spread over 12,000 acres (49 square kilometres) — could destroy their livelihoods and that they have not been consulted.

“To resolve the problems being faced by Karachi, both the federal and Sindh governments will have to join hands,” the prime minister said while performing the groundbreaking of the ambitious Karachi Circular Railway project during a day-long visit to the metropolis.

“All this is interconnected. We cannot do anything without the cooperation of the provincial government, and there are several things the Sindh government cannot do with the federal government.”

During his address, he spoke about the problems related to transportation faced by the residents of Karachi and said, unfortunately, this sector was neglected and investment to update the network remained scarce.

The Karachi Circular Railway project, Imran said, would shift the burden off Karachi’s roads and onto the railway.

The prime minister said the metropolitan cities were engines of growth for any country, citing the example of London, New York and Karachi.

He said Karachi was about to take off in the 1980s when it was hit by ethnic riots, thereby impacting the [economy of the] entire country.

He recalled that in September, the federal and Sindh governments jointly announced the Karachi Transformation Plan for the uplift of the provincial capital.

Earlier in the day, Minister for Railways Azam Swati, in a statement, said the project will be completed in three years at a cost of Rs207 billion.

The 29-kilometre track will have 16 stations and 24 level crossings. Frontier Works Organisation will lay the track while automatic air-conditioned coaches will run on the track, he said.

Each train will comprise a locomotive and four coaches and will facilitate 814 passengers at a time. Global tenders will be invited for procurement of the trains.