The legality, morality, and workings of offshore companies

In the wake of the Pandora Papers, it is important to try and understand how offshore companies work 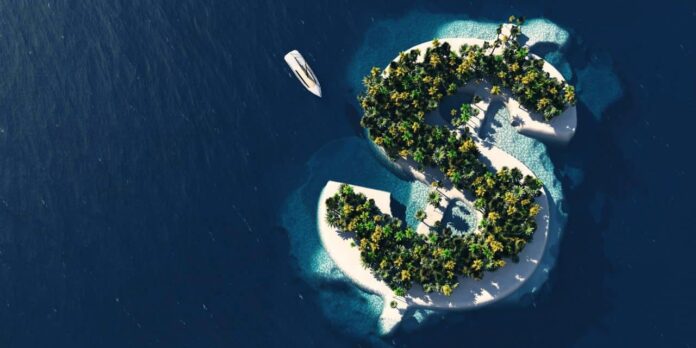 Is it legal? Yes. Is it moral? Ask a bishop. The old adage goes deep into the heart of what our modern legal code stands for. It is also an invitation to look into our own selves and see where it is we stand. As a business and economics magazine, Profit does every now and then find itself in a position where a moral judgement has to be taken. Business ethics are important, especially since big decisions have big consequences.

In the case of the recently revealed Pandora Papers, there is a strange forked path between the moral and the legal. The area can often be gray, and at other times very clearly either right or wrong. On this occasion, we will refrain from making a call on whether offshore accounts are good or bad. That is not the scope of this article, and perhaps best left for another time. What we do feel, however, is that there is a dearth of information and understanding about what exactly offshore accounts are and how they work.

People simply hear offshore and assume corruption at worst and greed at best. They are not necessarily wrong, but the assumption, even if correct, is not based on facts. Back in April 2016, then opposition parliamentarian and now Prime Minister Imran Khan had declared in a tweet that “the only reason people open offshore accounts through Panama is to either hide wealth, especially ill-gotten wealth, or to evade tax or both. But again, little was said about the nature of these offshore accounts.

Generally shady, and at times ingenious in how they manage to avoid tax, these accounts have a complex history and a simple premise. That premise is that while tax evasion is illegal, tax avoidance is not, and offshore accounts are a tool to avoid tax rather than evade –  but a tool that often ends up blurring that fine line between avoidance and evasion. For this purpose, to explain the reasoning behind these ‘tax havens’ as they are known, this article will approach the subject at times from a devil’s advocate position.

What is offshore banking?

When we hear the word offshore bank account, one often finds themselves using words like stash and hide. Both with negative connotations. One thing that needs to be clear is the fact that using the services of a bank in another country is not illegal. You don’t even need to be rich to open an offshore bank account. The minimum balance requirement varies with some even opening for less than $300. Compliance exists depending on the bank and the country in which they are operating in.

In the past, Swiss bank accounts were not linked with names. To ensure utmost privacy, you were assigned a number. However that has changed and now not only are names associated but Switzerland also gives information to foreign governments on behalf of their account holders to reduce tax evasion. Holding money in an offshore bank account is not illegal, and it is also not tax-exempt.

What legal reasons exist to set up an offshore company?

Some people use the word Shell Company/ offshore company interchangeably. However we won’t do that. Shell companies are companies created in tax havens that only exist on paper. They have no employees, offices or functioning. They’re empty shells. For instance, a single office building in the Cayman Islands is home to more than 19,000 shell companies. Of course, all on paper. These shell companies are usually used as proof that a person has a source of income, even though they do nothing. A person can thus show their ill gotten income as coming from a shell company and on paper it will all look fine and dandy. Meanwhile the Cayman islands can get some cash out of the whole deal.

Not all offshore companies are shell companies because some companies actually exist. Shell companies, however, do not always carry out illegal tasks. However, they’re most popular for tax evasion, illicit activities, in addition to tax avoidance (which isn’t illegal). There has been a lot of debate on the extent of privacy one is entitled to. Are you more skewed towards having complete privacy and avoiding google? Or are you the kind that doesn’t care about your digital footprint or being discovered?

Let’s bring it back to finance. Sometimes not wanting people to know how much money you have is a matter of privacy and safety. Let’s flashback. A few years ago when Karachi was relatively less safe than it is now, people would frequently find themselves getting “bhattay ki parchhaiyan.” Financial privacy and your net worth, if leaked locally, would’ve made you a recipient of such parchiyan.

So essentially, someone in Karachi that has a lot of money may be inclined to set up a foreign company to add a layer of privacy to their business. You could be paying taxes on this but went through the extra effort of setting up offshore to add to your privacy.

Some countries do not allow you to buy property or set up offices locally. In order to go forward with the purchase some companies use money from their company located in their home country to buy a property in the target country. All they have to do is set up a company in the target company, whose shareholder would be your home based country, making it a subsidiary. After doing so, you can carry out the purchase. For instance, Turkey gives concessions on companies buying properties as they want to incentivize businesses in Turkey.

A reason a number of people have companies or accounts in the Cayman Islands is because the tax rules are pretty chill. This is why a number of funds that operate through multiple countries register in places like the Cayman Islands for tax neutrality. They do not have to deal with a strict Securities and Exchange Commission either.

Setting up a company in a country where there is better adherence to law and legal architecture is sometimes a goal. Some individuals and companies choose locations such as Bulgaria to have better access to courts and also be able to experience operational efficiency.

In addition, sometimes people set up offshore companies in order to save their assets. In countries where there are strict laws regarding bankruptcy, splitting assets on divorce, suing, etc. Some individuals find themselves wanting to protect their assets.

By setting up an offshore company, you could save your assets if faced with a defamation or if you were sued because the plaintiff would have to post a bond before they sued you, if they even knew you had that asset to begin with. This however, can be debated as a means to prevent someone from getting their lawful right.

Similarly in countries with political and economic instability, people would rather store their money elsewhere where they think it’s safe and can be moved around. For instance a number of people were scared following Nawaz Sharif freezing dollar accounts in the past.

Paying lower taxes on operations is a reason people decide to set up offshore. Apportioning taxes between a low-tax jurisdiction and a high tax jurisdiction is the tricky bit because that is where morality comes in – apportioning revenues where they actually belong. This can’t work with shell companies.

Illegal reasons for an offshore company

Having offshore companies and accounts and not reporting or disclosing them in your wealth statement or yearly tax returns is illegal.

A number of offshore companies are used for illegal activities. This could range from hiding corruption money, bribes, hiding ownership from law enforcement authorities, money laundering, financing terrorist activity, or money received in exchange for crimes. All this is no doubt illegal. The reason offshore companies and accounts are used for this is because of the complex structure with which they operate and become difficult to track.

Some countries still allow bearer shares. These have been banned in a number of countries. These shares mean that whoever has possession of the physical copy of shares is the legal owner. The shares aren’t registered in anyone’s names. This is like the prize bonds we talked about. This means that ownership isn’t recorded and companies can change hands. This could be used to make payments for criminal activity.

In addition, transfer pricing can also be done through offshore companies in order to evade taxes or inflate the prices of a good or service. Essentially you’re selling something to yourself and earning on both sides of the transaction while causing the public a disservice.

The existence of tax havens is the root of the problem. They do not generally add to the wellbeing of the world through their existence. Of course, they help people make money and are a source of income for the country itself. Tax Havens often have a number of lawyers, accountants, and office staff/ administrative staff working in various financial service provider companies.

However, left unchecked, there is more likelihood of them being used wrong than right. Especially when it is left to morality.

Tax haven countries/ cities/ states are usually financial centers that have low or no corporate taxes. They also provide some sort of privacy or limit public disclosure about companies and their owners. They are also called secrecy jurisdictions.

Some examples include the Netherlands, Cayman Islands, Seychelles, British Virgin Islands, Panama, and also include states like Delaware.

The mobile financial services market has become significant for Jazz, and its success is one of the major things the company is betting on
Read more
FEATURED

The recent fall in IT exports, Pakistan’s great new hope, is a reality check posing a number of biting questions for the industry and authorities
Read more

Rupee continues to gain ground against US dollar