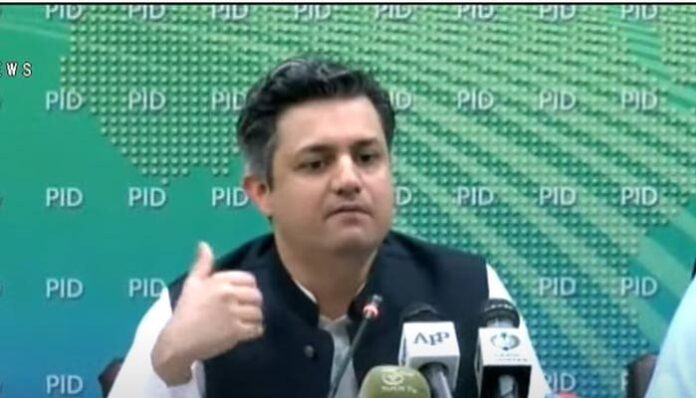 ISLAMABAD: The government on Friday decided to increase the power tariff by Rs1.39 per unit which will be applicable from November 1.

In this regard, speaking during a press conference in Islamabad along with the State Minister for Information and Broadcasting Farrukh Habib, Minister for Energy Hammad Azhar said that the hike was due to mounting circular debt and the costly power houses installed by the last government.

Azhar said that NEPRA had recommended an increase of Rs3.5 per unit in March.

“However, this increase in power tariff will not be applicable to the lifeline and domestic consumers who use less than 200 units of electricity in a month and in this way this increase is not applicable on 46 per cent of the consumer base”, Azhar said.

He added that this hike in the power tariff will also not affect the seasonal electricity package or the industrial package.

According to sources, for the period Jul-Oct 2021, the net subsidy amounting to Rs102 billion and for the period effective from November till June, subject to implementation of this proposal, the net subsidy for Nov 21 to June 2021 shall amount to Rs67 billion. In aggregate the subsidy requirement will be reduced from Rs240 billion to Rs168billion.

Sources also said that based on the consolidated revenue requirements of power distribution companies (DISCOs) as well as the economic and financial policy of the government, the tariff differential subsidy (TDS) was proposed to be modified and reduced through the circulation summary.

Blaming the previous government for expansive power plants, the minister said that the government had to increase the electricity tariff because of the costly power houses installed by the last government and the government has been making efforts to reduce the circular debt.

“Circular debt is also because of capacity payments and because of the wrong decisions taken by the previous governments,” said Hammad, adding that the government had no option but to increase power tariff to control the circular debt.

“The government had introduced an industrial package last year which remained successful and an increase of 15pc in the demand was seen. Meanwhile, we have also seen a 6-7pc increase in the demand for electricity as peak hours for the industrial sector have been removed.”

The minister said that keeping in view the success of this package, the government decided to introduce another package — known as the seasonal electricity package — under which consumers who use an extra unit compared to their last year’s usage will get an extra discount.

Furthermore, Hammad Azhar announced that it had been decided to halt all ongoing schemes and new connections of sui gas companies until legislation for the new mechanism was completed.

Taking to Twitter, he said that the government has planned to introduce a new pricing mechanism to bill consumers for imported gas.

“Local gas reserves [are] depleting at a rate of 9pc per annum. Govt does not have legal mechanism to collect costs of imported gas from consumers. We have forged a consensus on new pricing mechanism but till its legislation, govt is halting all expansion in domestic gas networks,” he tweeted.

Local gas reserves depleting at a rate of 9% per annum. Govt does not have legal mechanism to collect costs of imported gas from consumers. We have forged a consensus on new pricing mechanism but till its legislation, govt is halting all expansion in domestic gas networks.

He said that currently only 28pc households are getting piped gas while local gas reserves had been depleting at a fast pace as gas is now insufficient for fertiliser and other industries; therefore, he said the government would bring a new pricing mechanism to bill consumers for imported gas.

He said that it had been seen over the past years that the induction of imported gas into pipelines had caused a loss of Rs35-40 billion while the utilities couldn’t charge the consumers separately. The new pricing mechanism is called weighted average cost.

Dispelling the reports of gas shortage due to insufficient procurement of Liquefied Natural Gas (LNG), Hammad Azhar said that enough LNG was in the system while currently, not only Pakistan the entire world is facing a gas crisis because the supply of gas has been affected due to Covid-19, while prices also surged.

“Pakistan, however, did not face such an intense gas crisis,” the minister said, adding that the government is working on the North-South Gas Pipeline Project with Russia.