This is not just for the rich, it is a future investment opportunity that we must take now 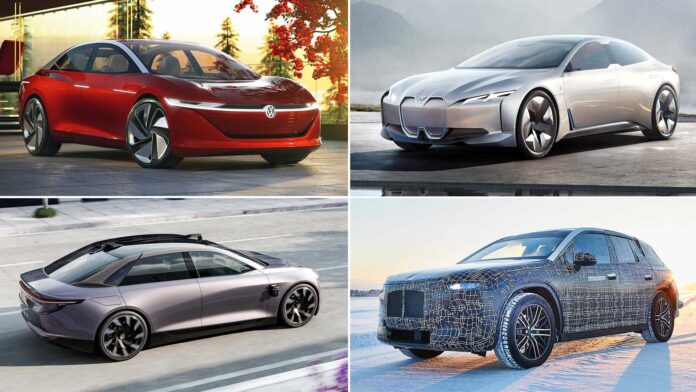 All over the world, Electric Vehicles (EVs) fall under the luxury category of automobiles. This is a problem because their biggest selling point is that they are cheap in terms of fuel (electricity) costs and are environmentally friendly, but for them to get wider patronage they need to be cheaper. Currently, EV batteries are such that being cheaper makes little sense.

Tesla, Audi, Mercedes, BMW and several Chinese contenders are trying to convince luxury SUV and luxury car buyers to switch to the clean EV variant. However, this is once again focused on a very particular segment, and any EV with a decent driving range is currently out of range for most people.  And while this is the case as of now, and there is a long road ahead to go before EVs are able to provide cheap transportation solutions for the general public, there is no doubt that EVs are going to be the future of transport.

It seems that Pakistan has caught onto this, and around two years ago the government made the very progressive move of giving import duty based incentives for EVs. The step was hailed as a good move in the right direction. Pakistan’s transportation sector is entirely dependent on imported oil and thus foreign exchange. Driving EVs can save oil, and even the small segment of luxury car buyers can help out in this regard by buying EV. The step by the government became quite successful and stirred enormous interest in the hearts and minds of thousands of car lovers. More than 1000 Electric Vehicles were imported, and many Pakistanis experienced the future of driving for the first time.

The apprehensions associated with these vehicles are slowly melting away. People are finding out that it is practically possible to travel without using a drop of petrol or diesel. The future looks good. Companies are thinking of investing millions into charging infrastructure in Pakistan. Investors are waiting for more detailed regulations to come out before giving final shape to their feasibilities for the EV charging network. To invest millions and create hundreds of jobs.

The biggest apprehension that there has been in this regard is a lack of charging stations in the country for these cars. The government in this regard has proposed that CNG Stations (which stand abandoned as of now) can become ideal locations for EV Charging stations. It made sense since the infrastructure such as appropriate electrical connection, transformer and back-up generator are already available at CNG stations.This idea has also started materializing. A private company has invested millions of Rupees and converted CNG stations into fast EV charging stations as a pilot project. Now, most EVs can travel on the motorway from Lahore to Islamabad with a charge break of 30 to 45 minutes. The abandoned sites have come to life. Everyday several EVs are charging there and attendants and the managers in the waiting area have all started thriving again. Several OMCs (PSO, Attock and GO) have installed fast EV chargers on their petrol pumps as well. Many petrol pumps on the new motorways will now be equipped with EV chargers from the time of construction to enable motorway travel of electric vehicles in all parts of the country.

But how does all this help our struggling country and its poor people and even before this how does this fulfil the promise of saving imported oil? To understand this, let us make some assumptions. Let us say that 2000 Luxury EVs are on the road. It is acceptable to assume that these luxury SUV owners would otherwise drive luxury SUVs that are petrol driven and the most popular ones deliver no more than 6-7 kilometers on a liter of hi-octane. If we further assume that these are driven about 20,000 kms / year.  A simple calculation will reveal that fuel worth about Rs 1 billion rupees is being saved.

So what can this momentum do for us? More CNG stations and other locations will get converted to EV charging stations. Trained operators and technicians will be needed.  Jobs will be created. We will soon have electric buses providing clean, cheap transport to the masses. The same charging places will serve them. By the time smaller and cheaper EVs become feasible, we will have an elaborate network of chargers. We will be a nation ready to welcome the change. The anticipated disruption.

Now let us say that in another hurried move, in order to save the precious foreign exchange we decide to cut back on the incentives that have been given. First of all the charging infrastructure investors will shy away, the current fleet of EVs will get obsolete soon and if in future, if any other government would like to start such an incentive, there would be mistrust and the same cycle will have to be repeated which will then take many more years before adequate trust and charging infrastructure can be established.

It would be fair for the government to ask the local car manufacturers to introduce EV variants and once those are readily available then they can draw back some of the incentives on fully imported vehicles. But if the incentives are withdrawn to the extent that the affluent luxury car buyers have other options with less hassle, then all will be lost.

In the late 18th century when a railroads network between various European cities was being constructed, a plan was conceived to connect France and Italy via the Alps. Some of the gradients of the proposed railroad network were so steep that there was no locomotive in the world at that time which could carry a train up those hills. But the European engineers decided to construct the railroad anyway. Because they estimated that judging by the pace of progress in the field of automotive engineering, in ten years when the project is completed, there will be a locomotive powerful enough to pull the train up those slopes. But if they don’t do it, time will be lost. It surely worked out. By the time the railroad link was completed there were locomotives powerful enough to carry the train up the Alps.

Another relevant example is that of the telecom industry. When Mobilink and others started their networks, billions of rupees of cell site equipment was imported and installed. A mobile phone at that time cost more than a year’s salary of a common person. It was even more expensive to operate a mobile phone. It did not seem like a project for the common man. But then cheaper phones came and the network rates went down and the poorest of the poor started enjoying the benefits of this modern marvel. Had we delayed the project by calling it just another feather in the cap of rich people of Pakistan, then our telecom networks today would be far behind the times.

It all boils down to a well proven theory summarized as Roger’s bell curve for diffusion of a new technology.  The theory categorizes adopters as innovators (2.5%), early adopters (13.5%), early majority (34%), late majority (34%) and laggards (16%).  It is simply impossible to expect a non-luxury car user to pay a premium of around 70% over an equivalent fossil fuel vehicle (even with the incentivized duty/tax structure) for probably their primary vehicle, to embrace that they can never recover the premium they’ve spent in running/maintenance costs alone and to expect the concept to pick up, hope to have a charging infrastructure evolve and their asset to have a reasonable resale value.

Every day there are breakthroughs in battery technology. The prices are going down. The range of EVs is going up. It is debatable whether it will take another 5 or 10 years before the price of battery comes down to the point where everyone will be able to benefit from the EV. But it will happen. And when that happens we will be ready. We will have hundreds of charging stations, trained technicians, our people will be confident that EV is an acceptable replacement for the fuel powered vehicle and then we will not only have cleaner air to breathe but we will save a lot of foreign exchange as well. If we roll back on this we will lose this precious time and lose the progress that has been made.

Zubair Khaliq
Zubair Khaliq is a US qualified Electrical Engineer with over 25 years of experience in the field of power. Current he serves as the CEO of Multiline Engineering.

As the economy goes through a structural transformation, farmer cooperatives are more important than ever before
Read more