Country headed towards food shortage due to lack of imports 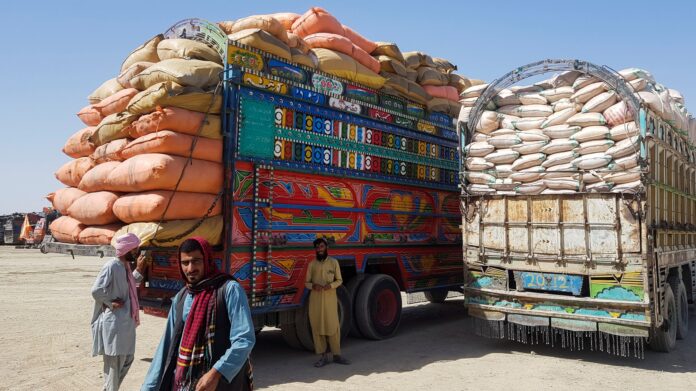 PESHAWAR: After Taliban’s takeover of Afghanistan on August 15, money supply by banks has taken a serious hit causing difficulties for traders, who are forced to stop imports due to a shortage of cash.

According to details, the Afghan government has allowed the withdrawal of $200 or 20,000 Afghanis, but the banks are not providing cash more than 10,000 Afghanis to account holders, which has increased the hardships of people who are facing the looming crisis of food insecurity.

According to Afghan businessman Babarzai, the country is dependent on imports and unless the banks provide money to traders, it will be impossible to import goods.

Babarzai added that fluctuations in the value of the dollar in Afghanistan have also put traders in a difficult position, adding that a food shortage is not far if the situation continues.

According to Hamda, an Afghan woman, banks provide Afghani currency to people from dollar accounts due to which account holders are suffering a loss of millions.

She added that after the Taliban took control, food prices are constantly on the rise and Afghans are starving due to lack of money. Hamda lamented that common people are facing difficulties due to lack of food supply and unemployment.

According to Abdul Rashid, an Afghan citizen, his brother has sent money for household expenses from London through a bank but he is unable to withdraw the money as banks are reluctant to provide despite the Taliban order that people can withdraw 20,000 Afghani.

He said that Western Union and other money transfer systems are also paralysed.

He stressed that action should be taken against banks for not allowing the people access to their own funds.