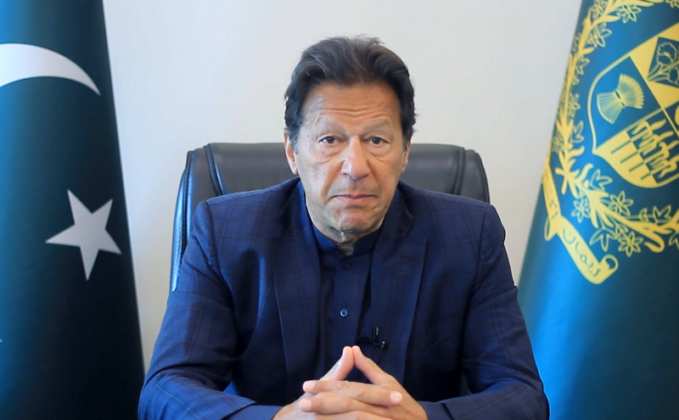 As per the details, Hashmi had called on the prime minister on Monday. In a meeting, he briefed the premier on the progress of STZA vis-à-vis Islamabad Technopolis, the interest of national and international companies in investing in Pakistan, and the signing of MOUs in Expo 2020 Dubai.

The prime minister was briefed on the investment pipeline developed through Expo 2020 Dubai and the Pakistan Tech Summit in Istanbul.

“As a result of STZA’s efforts, several anchor tenants, SMEs, startups, as well as universities and venture capital fund managers have planned to enter the tech zones in Pakistan,” Hashmi said.

The PM expressed satisfaction with the progress of the STZAand expressed his desire for the roll out of technology zones in all provinces of the country.

It is pertinent to note that the Parliament has passed the act of STZA whereas the capital development authority (CDA) has also allocated land for establishing the first-ever special technology zone in the federal capaital.

Earlier in the day, PM Imran gave directive to the concerned authorities to bring the entire sugar stock for sale in the market, while adding that strict actions against hoarders.

The PM was presiding over a meeting regarding price control in Islamabad, wherein it was decided that sugarcane crushing, in accordance with strict enforcement of crushing laws, would commence from November 15 across the country.

The forum discussed that sugar prices were increased due to the closure of mills in Sindh  although an adequate quantity of the commodity was available in the market.

“Commodity prices are rising in the international market,” the PM said while addressing the meeting. “As Pakistan is dependent on imported goods, it is having an impact on the local market. However, the government is taking all possible steps to reduce the burden on the poor.”

“The Sugar Factories (Control) Amendment Act 2021, Punjab Prevention of Hoarding Act 2020 and Punjab Registration of Godowns Act 2014 against sugar mafia and hoarders should be implemented,” the premier stated that profiteering and hoarding will not be tolerated under any circumstances.

The PM said that people should be apprised of “real facts”, and an effective awareness campaign in this regard should be launched.

It had been reported earlier that Inadequate supply of the essential commodity in the twin cities of Islamabad and Rawalpindi remains a problem with almost all neighbourhood stores (kiryana) running out of sugar. Also, not only consistently long queues were witnessed at utility stores since the past few days, owing to the incessant shortage of sugar, but the price of the commodity was also soaring.