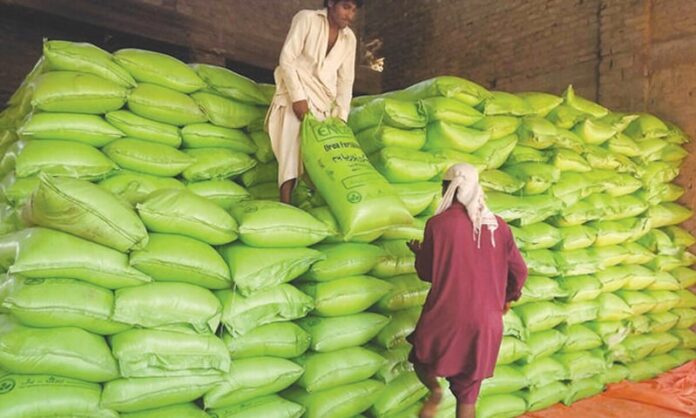 ISLAMABAD: Adviser to the Prime Minister on Finance and Revenue, Shaukat Tarin has directed the provincial governments to take punitive actions against Fertilizer’s hoarders.
He said this while chairing the National Price Monitoring Committee (NPMC) meeting held at the Finance Division.
Secretary Finance, Secretary Industries & Production, MD Utility Stores Corporation, Provincial Chief Secretaries, Chief Statistician PBS and other senior officers participated in the meeting.
National Price Monitoring Committee reviewed the prices of daily use commodities and essential food items in the country.
The Secretary Finance briefed the NPMC about the weekly SPI situation which has been increased by 1.07% during the week under review. While reviewing the price trend of essential commodities, the Secretary Finance apprised that prices of 10 essential commodities registered decline prices of 14 items remained stable during the last week. The prices of essential commodities Onion, Potatoes, Cooking Oil registered significant decline as compared to same period last year, he added.
The Secretary Finance further updated NPMC that the prices of the wheat flour bags remained consistent at Rs. 1100 per 20 kg due to the proactive measures of the Punjab, KP Governments and ICT administration. The daily release of wheat by all the provincial governments will further ease out prices.
While reviewing the price of sugar in the country, the Secretary Finance informed that prices are easing out in Punjab and KP due to proactive measures of the government. The new stocks of sugar are arriving in the market which will further lower the prices.
The Advisor expressed satisfaction over the stability in the sugar prices and stressed Ministry of Industries and Production to take appropriate measures for creating strategic reserves of the sugar in the country for smooth supply of sugar in coming months.
While reviewing the prices of edible oil, the NMPC observed that the increase in prices of edible oil in the global market has affected the local prices, however, it was informed that international prices of palm oil and Soyabean would start declining from January onward. The Adviser stressed to ensure that the lower international prices be passed on to the domestic consumers.
On the stock position of fertilisers, it was informed that Punjab and Sindh governments have taken actions against the hoarders. Punjab government has established control rooms in the districts to monitor the stock position of fertilisers and appropriate actions are being taken on complaints against high prices.
The adviser directed the provincial governments to take punitive actions against fertiliser hoarders, prevent shortage and make the item available at controlled rates in all provinces.
The adviser further directed the Ministry of Industry and Production to initiate a whistle blower law against hoarders and enforce it at the priority.
While observing stock position of Kerosene oil in the country, the Adviser directed Petroleum Division to take measures for availability of sufficient stocks of Kerosene oil in market to support the lower segment of the society.
The NPMC observed that Sastaa & Sahulat Bazaars in Punjab, KP are offering essential goods at subsidized prices. The Adviser to the PM on Finance & Revenue commended the efforts of the Government of the Punjab, KP and Islamabad administration in providing key items at discounted prices through arranging Sastaa Bazaars.
The Adviser expressed satisfaction on prices of commodities in Sastaa Bazars in Baluchistan and Sindh and further directed to establish such bazaars in more cities to provide maximum relief to the people.
- Advertisement -
Facebook
Twitter
Linkedin
WhatsApp
Email
Previous articleECNEC approves ADB Funded AMI project
Next articleCentral bank predicts 4-5pc GDP growth in FY22