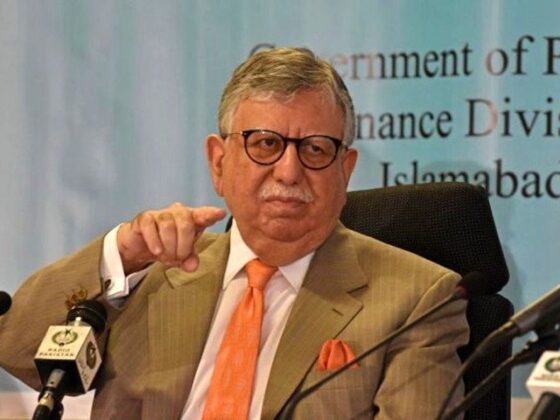 ISLAMABAD: Adviser to the Prime Minister on Finance and Revenue Shaukat Tarin announced on Saturday that the State Bank of Pakistan (SBP) had received Saudi Arabia’s $3 billion deposit and thanked the kingdom and its crown prince for the ‘kind gesture’.

“Good news, $3bn Saudi deposit received by SBP. I want to thank His Excellency Crown Prince Mohammed Bin Salman and [the] kingdom of Saudi Arabia for the kind gesture,” the adviser tweeted.

Good news, US$3 billion Saudi deposit received by SBP. I want to thank His Excellency Crown Prince Mohammed Bin Salman and Kingdom of Saudi Arabia for the kind gesture.

The agreement was reached during Prime Minister Imran Khan’s visit to the kingdom in October. Apart from the support package, Saudi Arabia had also agreed to provide $1.2bn worth of oil supplies on deferred payments.

The deal cleared its last legal hurdle last month when its summaries were approved by the prime minister and the cabinet.

On Monday, the SBP signed the agreement with the Saudi Fund for Development to receive the amount, which would be placed in the SBP’s account with an aim to improve its foreign exchange reserves.

When the SBP was officially contacted to know the agreed rate of return on the Saudi fund as there were massive speculations in the financial market about the rates being given on $3bn, it had stated: “As per agreement all terms are confidential and cannot be revealed without the consent of both the parties.”

The issued press release had further stated the fund would help support Pakistan’s foreign currency reserves and contribute towards resolving the adverse effects of the Covid-19 pandemic.

The SBP said the deposit agreement reflected the strong and special relationship between the Kingdom of Saudi Arabia and Pakistan and would further augment the economic ties between the two brotherly countries.