Overall export of sports goods increased by 20.73pc during period under review 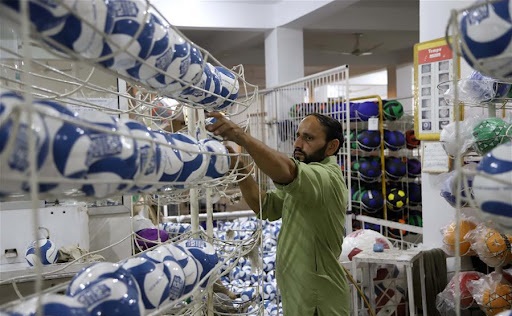 ISLAMABAD: Football exports during the first four months of fiscal year of 2021-22 (4MFY22) grew up by 17.22 per cent as compared to the exports of the corresponding period of last year.

During the period from July-Oct, footballs worth $50,148 exported as compared to exports worth $42,780 during same period of last year.

According to the data released by the Pakistan Bureau of Statistics (PBS), the overall export of sports goods increased by 20.73 per cent, as products worth of $105,120 were exported in 4MFY22 as compared to the exports of $87,070 of same period of last year.

During the period under review, other exports increased by 43.99 per cent, worth $30,420 exported in current fiscal year as compared to the exports of valuing $21,127 of same period of last year.