GDP growth target of 4.8pc to be achieved in FY22: Report 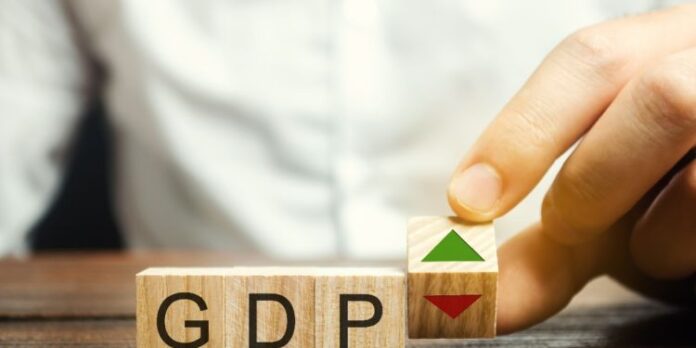 According to a mid-year economic review on Friday the government claims that the economy would meet the growth target of 4.8 per cent for fiscal year 2021-22 set by the National Economic Council (NEC) in June 2021.

The report said that the annual plan 2021-22, which was presented to the NEC meeting held on June 07 2021, was presented against the backdrop of partial closure of economic activities due to containment measures to check the rapid spread of Covid-19 pandemic.

Therefore, keeping in view the uncertainties, a cautious approach was adopted to set growth targets for FY22. The annual plan for 2021-22 envisaged GDP growth at 4.8 per cent based upon contributions from agriculture (3.5 per cent), industry (6.5 per cent) and services (4.7 per cent).

The agriculture sector is expected to achieve a full year growth target of 3.5 per cent keeping in view impressive performance of kharif crop and prospects of good wheat crop, however, agriculture growth is mainly contingent upon availability of certified seed and pesticides during the Rabi season.

The industrial sector was projected to grow by 6.5 per cent based upon the Large Scale Manufacturing (LSM) target of 6 per cent. However, with the revised full year number of LSM for FY22, achieving targeted 6 per cent growth is now unlikely.

Construction sector is expected to post healthy growth due to the construction amnesty scheme and concessional credit availability for the housing sector, the report added.

During the first half of the current fiscal year (1HFY22), industrial and services sector activity picked up and agriculture sector performance looked impressive as far as estimates of Kharif crops are concerned.

The economic pick-up is evident from an increase of 71.2 per cent in car sales during 1HFY22 to 114,765 units in comparison with the same period of last year, sales of high-speed diesel (HSD) hit an almost four-year high at 0.84 million tons in October, and electricity consumption rose by 13 per cent during 1QFY22.

Google mobility index shows 50 per cent increase in mobility across Pakistan over the baseline (pre-Covid), which means that economic activity is likely to be even higher than pre-Covid level.

Moreover the broad-based improvement in economic performance is indicative of building on the V-shaped growth recovery achieved during FY21. However, the tenuous spillover between growth acceleration and the external sector vulnerabilities once again surfaced during 1HFY22.

The report added that the current fiscal year started with positive prospects for building upon the momentum of economic growth achieved during the last fiscal year FY21. External environment underpinned by global commodity price hike was feeding into initially perceived as transitory buildup of higher prices of energy and import-based consumables.

Last year’s rally in international prices of commodities appears to be now turning into a commodity super-cycle which is likely to prevail over an extended period of time.