Well-connected and well-liked, Aidrus may be able to leverage her way to getting a digital banking licence from the SBP. 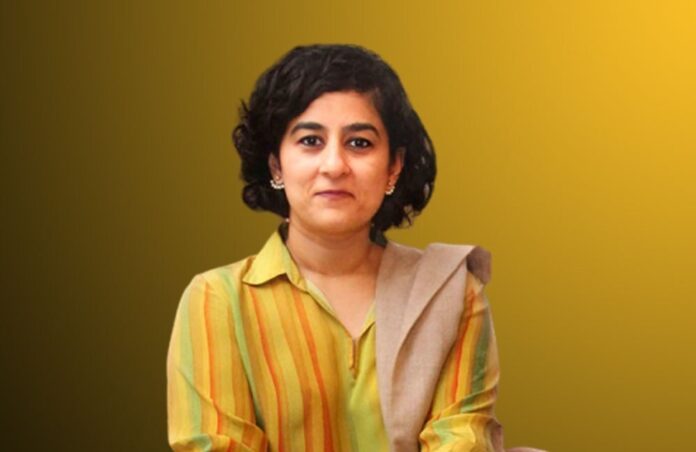 Backed by international venture capital firm Kleiner Perkins, former SAPM on Digital Pakistan Tania Aidrus is set to launch a digital bank, and may be one of the top contenders to get an early digital banking licence from the State Bank of Pakistan (SBP), Profit has learnt.

Tania’s new venture, called D-Bank, has also reportedly secured the backing of another storied venture capital firm Sequoia Capital, which would be making its maiden investment in Pakistan in D-Bank. In a recent tweet, Tania disclosed that the Brazil-based Nubank was also backing her fintech venture in the seed round, without disclosing that her new venture is a digital bank.

Thrilled to share that @kleinerperkins, @nubank & many other global investors are backing our #fintech’s seed round

Thank you @velez_david & @mamoonha for believing in our mission & @therayngroup for getting us to this stage.

Who is Tania Aidrus?

A tech heavyweight of Pakistani origin, Tania holds an MBA from MIT Sloan School of Management and a bachelor’s degree from Brandeis University in the US. She served as Chief of Staff and Head of Strategic Initiatives Next Billion Users team at Google. Tania’s big break came when she was appointed as the head of Digital Pakistan Initiative (DPI) by the PTI government in 2019.

As the chief of Digital Pakistan Initiative, Tania popularised the slogan ‘Roti, Kapra, Makan aur Internet’. In February 2020, she was appointed as the Special Assistant to Prime Minister (SAPM) on Digital Pakistan, a post she held until July 2020 when she resigned from her position because of dual citizenship.

According to an earlier report by Profit, however, Tania did not willingly resign from her position and was asked to leave soon after Jahangir Tareen was ousted from the party due to the sugar crisis. It was Jahangir Tareen who initially arranged the meeting between Tania and Prime Minister Imran Khan in 2019 which materialised into the Prime Minister’s vision for Digital Pakistan.

A conflict of interest was alleged by various parties when it emerged Tania was on the board of Digital Pakistan Foundation (DPF). The DPF was created to complement the Digital Pakistan Initiative (DPI) that would come directly under the Prime Minister’s Office, headed by Tania Aidrus. According to a report by ARY, Tania was unable to satisfy the PM on the role and circumstances under which the DPF was created and was therefore removed from her SAPM role.

In December 2020, Tania co-founded Rayn Group as a technology advisory and investment company which is the parent company of the digital bank she aspires to launch. D-Bank, co-founded by Tania Aidrus and Khurram Jamali, both of whom worked at Google and later joined the Digital Pakistan Initiative, has among its angel investors and advisors former Google, global payments company Stripe, and cryptocurrency trading platform Coinbase officials.

The licence and the central bank

It is pertinent to note that while Tania is a candidate for a digital banking licence, she has also been a regular on the panels organised on digital banks by the State Bank ever since the regulations for digital banks were announced. Surprisingly, however, in none of the panels Tania or the SBP disclose that she was seeking a licence for her digital bank. The inner workings and lobbying that is involved in the tech space in Pakistan are no secret, and Ms Aidrus is in a position where she does not need to use underhanded tactics to get a foot in the door at the SBP since she already has a well-established relationship with the central bank from her time on the federal cabinet.

At a recent panel moderated by Tania and attended by Governor Reza Baqir, D-Bank investor Kleiner Perkins’ General Partner Mamoon Hamid was also among one of the speakers. The said event, titled ‘The Promise of Digital Banks’, which was streamed online, had 5,000 registered attendees according to the central bank.

At the panel which was moderated by Tania, she took the opportunity to ask Omer Ismail, the incoming CEO of  NewCo which is a US-based fintech company backed by Walmart, what sort of companies should get the digital banking licence. Omer shot down the question by stating that he’d be overstepping his line if he suggested who should get a licence and that it was totally up to the State Bank of Pakistan.

Critics worry that without proper disclosures, the central bank does not appear to be acting as a neutral regulator and appears to be elevating a certain candidate for a digital banking licence.

The central bank has to issue five digital bank licences this year and because the SBP is bound to evaluate each application on a competitive basis, the governor’s appearance at a panel with only one of the applicants is being construed as a tacit endorsement for that applicant.

So if preferential treatment leads to a digital bank getting a licence ahead of others, it would enable that bank to wrongly get a first-mover advantage. “Tania is an aspirant so if you are only putting her on a panel, you are sending a message to the market that she is stronger, which is unbecoming,” a source said.

“The SBP should have invited all the fintech companies and all the aspirants into the audience. Tania or anyone else specifically on the panel looks like a pitch session for that particular candidate only,” said another one.

No comment was received from the central bank on Tania’s appearance on SBP’s panels.

Some of the names that have emerged as contenders for a licence include HBL, Bank Alfalah, JS Bank, South African digital retail bank TymeBank, JazzCash, TAG and D-Bank. The central bank refused to disclose the number of applications received for the digital banking licence this year, nor did they confirm who the applicants were when reached out by Profit.

In January 2022, the State Bank of Pakistan announced a regulatory framework for digital banks under which it may grant two types of licences: Digital Retail Bank (DRB) or Digital Full Bank (DFB) licence for conventional and Islamic banking variants.

The process of obtaining a digital banking licence starts with obtaining a no-objection certificate from the central bank followed by an in-principle approval. The qualified applicants will then move on to secure approval for pilot launch followed by commercial launch upon SBP’s approval.