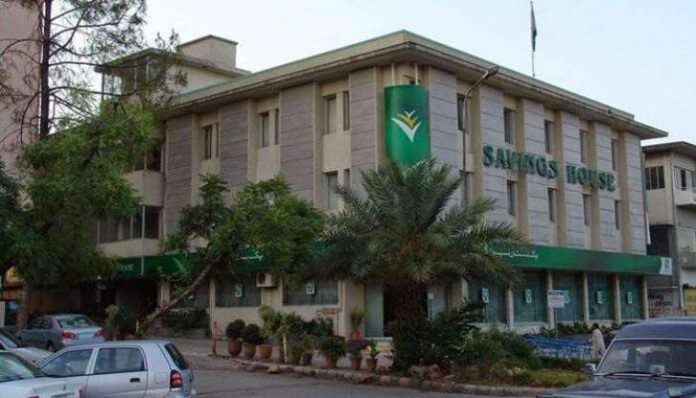 Central Directorate of National Savings (CDNS) on Tuesday attained the target of issuing Rs1,100 billion fresh bonds in the last 11 months of current fiscal year 2021-22, from July 1st to June 15, 2022.

Central Directorate of National Savings has collected recorded Rs1,100 billion this time by the mid of last months of current FY 2021-22, the senior official of CDNS told APP here.
CDNS had set an annual gross receipt target of Rs980 billion from July 1 to June 30 of the previous fiscal year 2020-21 to promote savings in the country.

The senior official said the CDNS had set Rs250 billion annual collection target from July 1 to June 30 for the year 2020-2021 as compared to Rs352 billion for the previous year (2019-20) for the same time span to enhance savings in the country.

Replying to a question, he said the CDNS has decided to start Islamic finance and will start implementing its procedural work from next month to provide the facility of Islamic finance in the institution.

In this regard, under Islamic Sharia Compliance, Prize Bonds and Savings Certificates will be issued for investment in accordance with Sharia Principles, he said. CDNS will provide Islamic investment opportunities to its consumers in an institution like the rest of the private and public sector banking, where Islamic sharia business has now reached 20 percent.

Replying to another question, the senior official said that (CDNS) has started working to increase new investment opportunities and promote digital investment through many new projects.

CDNS in collaboration with State Bank of Pakistan is developing digital Prize Bonds, which will be available through online electronic channels, he said. He said the CDNS is in process of launching its first Mobile App for online purchase and encashment of National Savings Schemes.

The official said that for better and efficient transfer of funds electronically, the CDNS is going to adopt RAAST in the current month for speedy flow of funds through its financial tributaries, he said.

Finance Division will allocate budgetary ceiling on a daily basis and the CDNS will operate within the allocated funds limit. Accordingly, the PFM Act, 2019 is adopted in its true spirit for the Alternative Delivery Channels of CDNS.

He informed that the CDNS interest rates were linked with the PIB policy set by the SBP. He said the CDNS had opened new avenues for public and private investment to document the country’s economy and ensure transparency in the financial system.

Replying to another question on the current revision of CDNS certificates’ profit rates, he said the CDNS had maintained the same interest rate on the savings certificates investment due to the market situation and as per Pakistan Investment Bonds (PIB) policy decision.