Small traders and shopkeepers are a key constituency for Modi, who increased taxes on certain goods and services to 18pc from 12pc last month 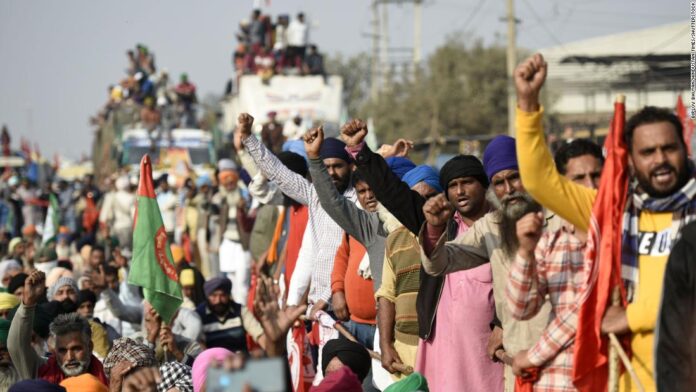 MUMBAI: Indian traders and shopkeepers will hold a nationwide protest next week against a hike in taxes on a range of products and services, including food grains and household items, that went into effect on Monday, a top official of a leading traders’ group said.

“The five per cent tax on a range of food products — which remained tax-free so far — and hike in rates on other household items has increased the inflation burden on the public and traders,” said Pravin Khandelwal, president of the Confederation of All India Traders, which represents more than 10 million small shopkeepers and wholesalers.

He said the group’s members would launch a nationwide series of protest meetings on July 26, starting in Bhopal, a state capital in central India and a stronghold of Prime Minister Narendra Modi’s ruling Bharatiya Janata Party (BJP).

Small traders and shopkeepers are a key constituency for Modi, who introduced the Goods and Services Tax (GST) system in 2017 to replace about 20 federal and state taxes and to help unify Asia’s third-largest economy.

A tax increase was approved last month to 18pc from 12pc for certain goods and services, including kitchenware.

A finance ministry statement on Monday said the tax measures would include extending a five per cent tax already imposed on branded food items such as rice, wheat, flour, pulses, and dairy products to unbranded items sold in packages of up to 25 kilogrammes or 25 litres.

Analysts have said that higher taxes would put an additional burden on households that already face surging food and energy prices.

India’s consumer price inflation hit an eight-year high of 7.79pc in April and remained above 7pc in May and June.

While traders have said Modi’s GST was an improvement over the previous complicated tax regime, they have also raised objections to some elements, such as the compliance burden for small retailers.