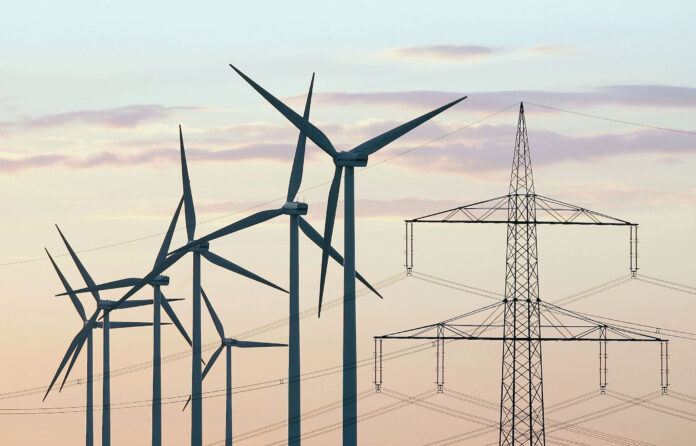 Energy price volatility has shocked and awed the world, unleashing a wave of inflation and pain on hundreds of millions of citizens. While much of this volatility has been caused by Russia’s invasion of Ukraine, it is important to recognise that such volatility will be the norm, not the exception, in the years to come. This is because as the global energy economy undergoes what is commonly referred to as the clean energy transition, extraction of fossil fuels will become financially and operationally more challenging. For countries like Pakistan, this new era of volatility poses immense risks, mainly because the country is both a major energy importer and struggles to generate enough dollars on its own to meet its external financing needs.

This volatile future was forecasted by experts long before Putin’s military invaded Ukraine. Writing for Foreign Affairs in January 2022, Jason Bordoff, co-founding dean of the Columbia Climate School, and Meghan O’Sullivan, professor at the Harvard Kennedy School, wrote that “talk of a smooth transition to clean energy is fanciful: there is no way that the world can avoid major upheavals as it remakes the entire energy system, which is the lifeblood of the global economy and underpins the geopolitical order.” In the same essay, the authors argue that petrostates “may enjoy feasts before they suffer famines, because dependence on the dominant suppliers of fossil fuels, such as Russia and Saudi Arabia, will most likely rise before it falls.”

It is almost as if Bordoff and O’Sullivan knew about Putin’s plans to upend global energy markets ahead of time and could visualise how Biden’s recent visit to Saudi Arabia would go.

Recognising that this volatility will pose a major risk to energy-importing nations around the world, the authors recommended in the same essay that governments ought to proactively seek to mitigate geopolitical and domestic stability risks emanating in this transitory world.

For Pakistan, this increasingly volatile era could not have come at a worse time. Struggling with domestic political polarisation and economic chaos, the country is already buckling under the weight of higher global energy prices. And while prices have eased recently, providing some breathing room to the government, the rapid devaluation of the currency means that there is not enough financial space to pass on the savings to citizens. In addition, the decision to reverse Imran Khan’s disastrous price freeze has imposed an outrageous political cost on the ruling coalition government. Continued volatility, as predicted by many including the authors cited above, will only increase instability in the country and reduce the financial operating space for successive governments.

Pakistan’s policymakers, however, should think about this crisis as an opportunity to rebuild the country’s energy sector. As the climate crisis inflicts increasing costs on societies around the world, financial institutions, especially multilateral ones, will begin to provide astonishing levels of financial and technical support to countries seeking to accelerate the clean energy transition. To fully realise this opportunity, however, Pakistan must harness the capabilities and expertise of its own people to develop a strategy to become energy independent. This requires a whole-of-nation approach, as near-term costs will have to be borne to maximise long-term gain.

This will require marshalling domestic capital to develop indigenous energy sources including coal to reduce reliance on imported fossil fuels. Foreign institutions, particularly western ones, are unlikely to support such efforts as part of a broader push to stop financing of dirty fossil fuels like coal. But compared to economies such as India, China, and Germany, Pakistan uses a tiny fraction of coal in its energy mix. The presence of Thar coal deposits provides a cheap and easily accessible source of energy that is vital for generating sustainable growth in the country. Given emerging global dynamics, this resource will have to be tapped using domestic capital to create the space for long-term investments in clean energy.

In addition, a consistent policy environment is needed to properly execute this strategy. For far too long, Pakistan’s economy has been held hostage by politics, where competing parties deploy a scorched-earth strategy to gain power. Such an approach undermines investor confidence, reducing the total sum of feasible investments and leading to the execution of deals where investors demand exorbitant and guaranteed rates of return due to the country’s risk premium. So long as this continues to be the case, long-term investments that help achieve energy security and accelerate the country’s clean energy transition will not materialise.

A large contributor to today’s economic crisis in Pakistan is the country’s failure to take a long-term view on its energy security needs. With energy price volatility becoming the norm and not the exception, it is important for all stakeholders to come together and pursue common-sense policies. Anything short of that will only sow further chaos, making it likely that domestic instability will destroy the country long before climate change has a shot.