Project marred by allegations of nepotism in award of contract 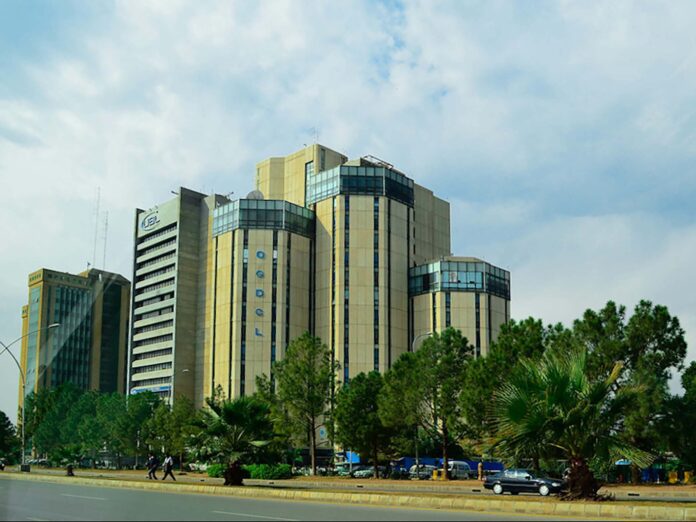 ISLAMABAD: The Oil and Gas Development Company Limited (OGDCL) has decided to launch an investigation against its former general manager (GM) for maligning the acting managing director (MD) regarding the likely award of the $85 million Uch Front End Compression Facility Project.

According to the company’s spokesman, the company is investigating the matter to ascertain the motive behind former GM Imran Shaukat’s allegations of nepotism. “The role of Mr. Shaukat in this controversy will be inquired into,” he said, adding that “he apparently made misleading and fabricated statements.

The spokesman also said that the former GM’s entry in company premises has been prohibited.

“Incumbent MD Syed Khalid Siraj Subhani has never met with him nor made any direct or indirect communication with him. This appears to be an attempt to derail the project by intimidating the management,” said a spokesman of OGDCL.

Sources had earlier informed Profit that former GM OGDCL, in an alleged connivance with the company’s officials, has been trying hard to ensure that the million dollar project is awarded to a firm of his choice despite the audit department’s opposition.

They said that the former General Manager (GM) OGDCL Imran Shaukat, through a WhatsApp text message sent in a group named OGDCL YOUNG GOLDIES, has also allegedly already informed group members whom present Managing Director (MD) Syed Khalid Siraj Subhani will award the tender to before leaving the office. They said that former GM OGDCL has allegedly ensured peculiar specification in the tender document under which the equipment, materials, spares of a certain manufacturer was made necessary for the bidders despite the fact that the equipment and material of this manufacturer are old and obsolete. They alleged that the ex-GM has been working for this manufacturer in Pakistan and trying hard to benefit a Karachi-based company which is also a partner of the same manufacturer.

“Though a bidder out of the two participants has given partial compliance (PC) in the tender, however, its financial bid was opened as the former GM OGDCL has allegedly ensured that this bidder should not be dropped from the bidding process,” they added.

Former GM OGDCL was contacted by this scribe and sent a few questions via WhatsApp but he did not bother to respond to the sent questions.

Sources also said that the tender document for the project was prepared by OGDCL after two years of work. They said that the tender for the UCH Front End Compression Facility Project was prepared to benefit an industrialist. They informed that the bid documents submitted by the two bidders participating in the bidding process were also identical and the audit department of OGDCL raised serious questions in this regard besides recommending cancelling the tender as the criteria seems to be tailor made, bringing the competition down to only two bidders.

In addition, both bidders are supplying equipment produced by a single manufacturer despite different vendors being available in the market, said the sources.

Profit further learnt from sources that OGDCL has to increase the supply of gas to the Uch Power Plant by December 2023 to avoid a heavy penalty and for this OGDCL has been trying hard to install the compressor for ensuring the increased gas supply to the Uch power plant to meet the deadline.

They said if the management pays due attention in time to the objections raised by its audit department then new tenders could be called to ensure transparency in the bidding process while the likely penalty could be avoided.

They said the government had approved the appointment of Zahid Mir as MD OGDCL during the last week and Zahid Mir is a technically qualified person for the top lucrative slot of state-owned oil and gas Exploration and Production (E&P) company while incumbent MD OGDCL Syed Khalid Siraj Subhani will surrender his seat after issuing a notification in this regard. A regular MD OGDCL whose appointment notification is likely during this week should take a final decision regarding the tender for $85 millionUch Front End Compression Facility Project, said sources.

It is relevant to note that only two bidders, including Presson Descon Int, (Pvt.) Ltd. (PDIL) in a joint venture (JV) with Sui Northern Gas Pipelines Ltd. (SNGPL) and Hong Kong HuiHua Global Tech. Ltd. in a JV with a local company AJ Corporation, have participated in the bidding process for the Uch Front End Compression Facility Project.

Profit has also learnt that a multinational company that manufactures similar material that is needed for the project has raised concerns regarding the bidding process. The said company has alleged that OGDCL’s bidding process for the procurement is suspicious and will cause a hefty loss worth billions to the national exchequer annually. In its complaint, the potential vendor has highlighted that it is rather strange  that the bidding competition policy of such a huge state-owned exploration and production giant is between only the two bidders. The vendor has claimed that there will be 20 to 30 per cent saving in the cost of the UCH project if OGDCL adopts a transparent method for awarding the contract.

According to a spokesman of OGDCL, the contract will be awarded on the basis of the most advantageous bid from technical and financial perspectives whereas the procurement process has been concluded strictly in accordance with the Public Procurement Regulatory Authority’s (PPRA) framework and the company’s procurement manual.

As per OGDCL’s spokesperson, all procurement cases involving Rs50 million or above are sent for a pre-audit as a matter of standard practice and no exception was made in this case either. “An internal audit is an obligation wherein files are reviewed, clarifications sought and comments added. Thereafter, the concerned department and the Supply Chain Management address the queries or take remedial action if required,” he added.

The spokesman also said that the head of internal audit reports of the Board Audit Committee operates independently in the performance of his duties. He said the processing of a case within different sections of the company is purely an internal work flow arrangement.

The fundamental question here is whether or not applicable processes and procedures have been followed in letter and spirit. Evidence shows that the determination of a successful bidder in this case was finalised without any deviation. According to the evaluation uploaded on the company’s website, the consortium comprising SNGPL and PDIL has emerged successful because it is technically qualified and offering the lowest bid,” the OGDCL spokesman claimed.