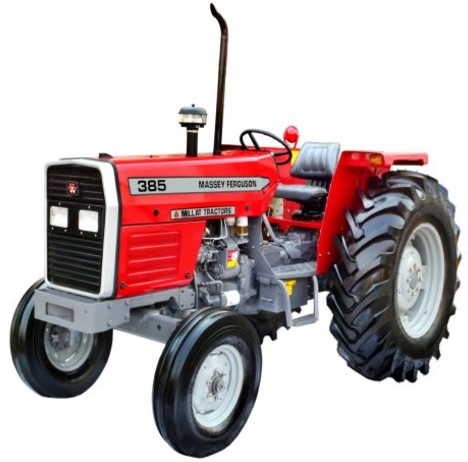 LAHORE: Millat Tractors Limited (MTL) released their financial results for the year ended June 30 2022, on Friday. MTL saw a 6 per cent year-on-year (YoY) decrease in profit after taxation amounting to a dip of Rs354 million.

MTL’s overall revenue grew 21 per cent from Rs43.9 billion to Rs53.3 billion despite seeing a YoY decline in sales of 1.47 per cent which amounted to 522 fewer units sold. This additional revenue from fewer units sold suggests greater profitability per unit sold, however, this was not reflected in MTL’s gross profit margin (GPM). The GPM shrank YoY from 21 per cent to 19 per cent. The most likely explanation for this contraction is the 25 per cent YoY increase in the cost of goods sold, amounting to an additional Rs8.49 billions, that MTL incurred. 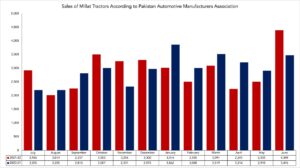 The 55 per cent YoY increase in taxes paid saw MTL pay an additional Rs1.159 billion in taxes for a total of Rs3.258 billion. The increase is likely in part due to the imposition of the super tax as MTL’s effective tax rate clocked in at 38 per cent compared to last year’s 27 per cent.

The year ahead, however, looks far more difficult for MTL. The company has recorded a total of 3,567 units sold, according to sales figures released by the Pakistan Automotive Manufacturers Association, in July and August for the 2022-23 fiscal year. These figures amount to 1,373 fewer units sold than last year over the same period for a 28 per cent YoY decline. September’s sales forecast also looks to fare similarly as MTL has observed non-production days for the majority of the month.