The Kissan Package may provide temporary relief, but it isn’t an answer

To address the issues that face our agriculture sector, we must look beyond subsidies and change how we think about and approach farming. 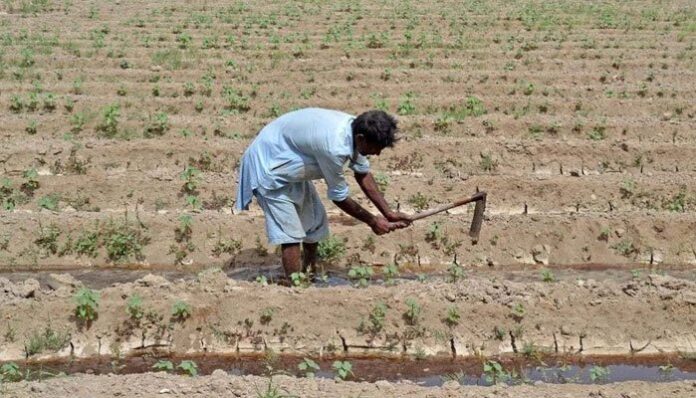 A day before Prime Minister Shehbaz Sharif left for a diplomatic visit to China, he announced a Rs1,800 billion subsidy package for farmers affected by this year’s catastrophic flooding. It was a splashy announcement that promised among other things loans, sufficient availability of fertilisers, cheap financing for tractors, and a reduction in electricity tariff to a fixed rate.

Yet in the four days between announcing the Kissan Package, going to China, and landing back in Pakistan it will be the farthest thing from his mind. With the political situation in the country balanced on a knife’s edge after the attempted assassination on former prime minister Imran Khan and the incumbent government at its weakest, fixing Pakistan’s agriculture will be the farthest thing from anyone’s mind.

The issue is more pressing than most may realise.  Floods that wreaked havoc across the country in August and September have left farmers across the country reeling. In an economy majorly reliant on agriculture, climate change and its effects have been a major blow to rural economies. With international agencies estimating losses over the $40 billion mark, there is a dire need for agricultural reforms, without which there could be serious repercussions for Pakistan’s food security.

That is partly why the Kissan Package was announced. The details are already public knowledge. Under the package, the government will give Rs10.6 billion loans to small farmers across the country while small farmers of flood-hit areas would get loans worth Rs 80 billion. In addition to the interest-free and subsidised loans, subsidies will also be given on farm imports such as fertilisers, electricity, seeds, and even tractors.

If implemented correctly, the package will have a wide-reaching impact in helping farmers affected by this year’s floods back on their feet. But that is as far as it can and should go. The scale of the problem faced by our agricultural sector will not be fixed by any subsidy package. At most, any subsidy will provide temporary relief. For too long the state has allowed the country’s agriculture to suffer and have offered only stop-gap solutions such as subsidy packaged. We have been papering over the cracks for so long that our entire agrarian economy has grown dependent on subsidy packages.

So what is the reason? How did Pakistan, a country with vast swathes of rich agricultural land, find itself in a position where its agricultural sector has been on the decline for decades? There are two facets to the problem, The first is that for decades Pakistan has been falling behind on agricultural competitiveness. While the rest of the world has developed through research, mechanization, and technological advancements we have lagged behind. On top of that now our farmers are facing the harsh and unpredictable realities of climate change.

Pakistan’s own neighbours like China and India have managed to specialise in certain crops and become the leading producers of those crops in the entire world. Meanwhile Pakistan has lost its edge in the global markets. Simply take a look at our cotton production as an example. Between 2015 and 2020, Pakistan’s production of cotton declined by nearly 35%, from nearly 14 million bales in 2015 to just over 9 million bales in 2020.

And while our cotton production and quality have gone down, countries like Egypt have used the latest genetically modified seeds to get more yield per area with better quality fibres as well. At the same time, they have also industrialised and set-up the processing of these crops domestically. With no focus on value-addition or research, Pakistan’s agriculture is down and out for the count on many fronts. For almost all of our major produce, we have low crop yields, soil infertility, outdated farm practices, and extremely low mechanization.

Already dogged by these problems, our beleaguered farmers now face a serious threat from climate change as well. Weather patterns are wild and erratic, going from drought to flood within a matter of months. In May 2022, for example, reports began to emerge that the cotton crop was wilting in Sanghar because of an extreme water shortage. One of the largest cotton producing districts in Sindh with cotton grown on 300,000 acres of agricultural land, less than 200,000 acres were being used to cultivate cotton. And on the 200,000 acres that were being used to grow cotton, crop performance was abysmal. Within a few months Sanghar was submerged in water. The entire district was five-feet under water in some areas, and the entire village of Chak 7 has been displaced and wiped out.

If Pakistan is to move forward on the agricultural front, which it must if it wants to maintain food security, we will have to shift our focus from subsidies to actual research and development. Agriculture is still the largest component of our economy, and fixing it will take persistent, daily, dedicated, single-minded focus. It is the need of the hour, and with the effects of climate change knocking on our doors there has never been a more urgent moment in time to try and fix it.