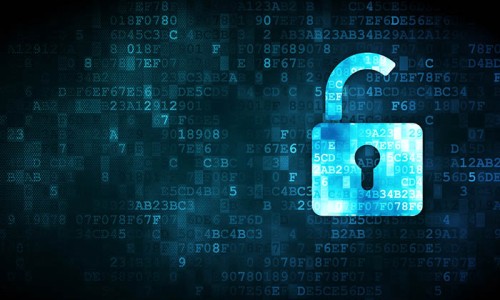 LAHORE: On Tuesday, the federal government tried to quietly pass an amendment that would grant the Federal Investigation Agency (FIA) unprecedented power to censor and constrict digital freedom in Pakistan. The amendment, which was made to the FIA Act of 1974, empowers the agency to arrest individuals for posting content on social media that they find is ‘anti-state.’

The state of media freedom in Pakistan is already precarious. The Pakistan Telecommunication Authority (PTA) already has near unrestricted powers to block and control content over the internet. Yesterday, in the aftermath of the heinous attack on former prime minister Imran Khan, PEMRA prohibited news channels from airing PTI leader Asad Umar’s video wherein he named “three suspects” former premier Imran Khan believed were behind the attack on PTI’s convoy in Wazirabad today.

Press and television have both been tightly controlled by the state for a while, but social media has presented a unique problem. On this platform, individuals expressing individual opinions can now be held accountable for their statements and put through investigation and arrest. It goes without saying that if the amendment goes through and stands, it will be a serious dent on freedom of expression in the digital realm — attempts similar to which have been made by previous governments as well.

In a report, the Pakistan-based Institute for Research, Advocacy and Development (IRADA) has noted that digital freedom in the country was already on the decline in 2021 due to increasing government controls and threats against online expression. The recent amendment to the FIA Act would be a step in the same direction.

“Free speech or expression isn’t an absolute right in Pakistan. Pursuant to Article 19 of the Constitution,  it is curtailed by reasonable restrictions imposed by law,” says Barrister Ummar Ziauddin, an Islamabad-based lawyer. “The restrictions must not only be reasonable, and that the reasonableness is informed by a socio-political culture as well as colonial history of any society, but also that such restrictions must be aimed to achieve specific objectives.”

“For instance, in Pakistan reasonable restrictions can be imposed ‘in the interest of the glory of Islam or the integrity, security or defence of Pakistan or any part thereof, friendly relations with foreign States, public order, decency or morality, or in relation to contempt of court,  commission of  or incitement to an offence.’ With such a broad and discontinuous breath of restrictions, free speech or expression, here is only an illusion. Small wonder then, a draconian penal law such as section 505 of the PPC continues to find space in our legal texts.”

What does the amendment change? “Before the amendment, the powers were with the police relating to Section 505 of PPC which deals with attempting to cause mutiny within the army,” says Usama Khilji, director at digital rights forum Bolo Bhi. “The police would have to take the permission of the cabinet before going ahead and arresting someone. Now that it has been added to the FIA schedule, this means that the FIA does not have to take the permission of the cabinet because FIA being a federal agency can directly go and arrest anyone that they think is creating mutiny among the armed forces through a certain tweet.”

The implication, to sum it up according to Khilji, is that by empowering federal investigation agencies, the system of checks and balances and accountability has been weakened and it has been made easy to pick up people that are deemed anti-military.

Attempting to cause mutiny is a serious offence that can lead to imprisonment of up to seven years with a fine. However, the discretion to classify what can be construed as mutiny is what is an ongoing cause of concern.

Khilji argues that what we are seeing on social media is largely a criticism of the unconstitutional political role of the military, which the citizens have the right to criticise, and not an attempt at inciting mutiny.

The infamous episode of Shehbaz Gill’s arrest for his on-screen comments against the army was construed as an attempt to incite soldiers to cause mutiny and received harsh rebuke even from Gill’s own political party. Shehbaz Gill’s rather ignorant comments made it clear that incitement to mutiny was not acceptable even to the harshest of critics of state institutions.

But an attempt to stifle fair criticism, a right guaranteed by the constitution of Pakistan, should be discouraged for the better functioning of state institutions.  According to Ummar, section 505 is now being used aggressively to stifle free speech in the digital space giving sweepingly broad powers to the agency to arrest individuals – even for over something as innocuous as a tweet!. “This would have a chilling impact on citizens’ liberties, virtually leaving citizens vulnerable to state’s authoritarianism,” says Ummar. “It is worth reminding, we can face seven years in prison, for a tweet!”